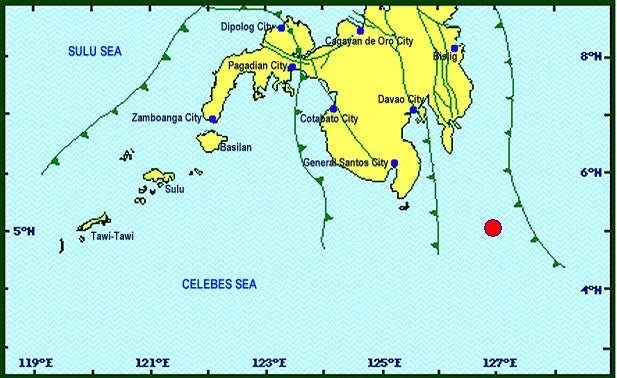 Two magnitude 3.9 earthquakes were recorded at the Celebes Sea, southeast of Sarangani, Davao Occidental on Wednesday morning, but the Philippine Institute of Volcanology and Seismology (Phivolcs) has assured residents in the region that there is nothing to worry about.

Phivolcs said the recent movements are merely a part of a routine trench activity.

In a bulletin, Phivolcs said Wednesday’s earthquakes were located 366 and 407 kilometers from Sarangani.  The bulletin added that no aftershocks and no damages are expected, and no tsunami warnings have been raised of now.