Senators: Only Filipinos can decide what’s best for PH not China 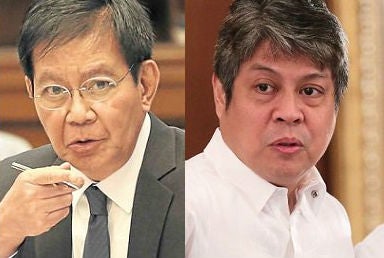 Senator Panfilo Lacson made the remark on Wednesday when sought for comment on President Rodrigo Duterte’s claim he had been assured that China would not allow his ouster.

“If he really said that, and in the context that we are made to understand, all I can say is, God, help the Philippines!” Lacson, who is part of the majority bloc in the Senate, said in a text message.

“We are a democratic and sovereign country. Nobody, not any foreign country but the Philippines and the Filipinos can determine and decide what is best for us,” he added.

Senator Francis “Kiko” Pangilinan, an opposition member, hit Duterte’s statement, saying he should fight for the country and Filipinos’ interest instead of relying on China.

But unlike Pangilinan, Senate Majority Leader Vicente “Tito” Sotto III did not see China’s assurance to Duterte as meddling in the country’s affairs.

“Hindi pakikialam ‘yun. Wala naman syang ginagawa. It merely tells us that our President has formed a friendship with China’s President,” Sotto said.

Duterte earlier revealed getting assurance from Chinese President Xi Jinping that China would not allow his ouster from his post.

“The assurances of [Chinese President] Xi Jinping were very encouraging. Eh nandyan iyan sila. ‘We will not allow you to be taken out from your office, and we will not allow the Philippines to go to the dogs,’” Duterte said.