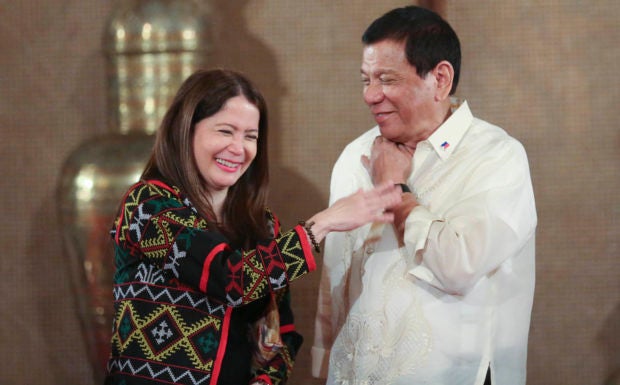 Newly-appointed Department of Tourism (DOT) Secretary Bernadette Romulo-Puyat has vowed to review all existing awards, contracts, and projects to clear the agency from stains of corruption.

“President Duterte told me, ‘No corruption, review all the contracts, everything must be transparent and has gone through bidding,’” Puyat said on Tuesday, during her first press briefing as DOT Secretary.

(Let’s just do our job, I won’t sleep; all my accountants and lawyers will look into them.)

She also cited her work with the Department of Agriculture (DA) as a precedent of her DOT tenure.

Puyat revealed that she has already asked for the courtesy resignation of the appointees of former Secretary Wanda Teo.  Teo stepped down from office as her tenure was marred with allegations of corruption, after the Commission on Audit questioned the P60 million advertisement deal between DOT and Bitag Media Unlimited, Inc.

DOT ads were placed along Bitag Media’s Kilos Pronto program, a block timer in the People’s Television (PTV4) Network.  Bitag Media is owned by Ben Tulfo, while Kilos Pronto is hosted by Ben and Erwin Tulfo, both brothers of Teo.

However, in the midst of controversies, Puyat still gave high praises to DOT staffers.