Duterte to send off Filipino scientists to PH Rise study 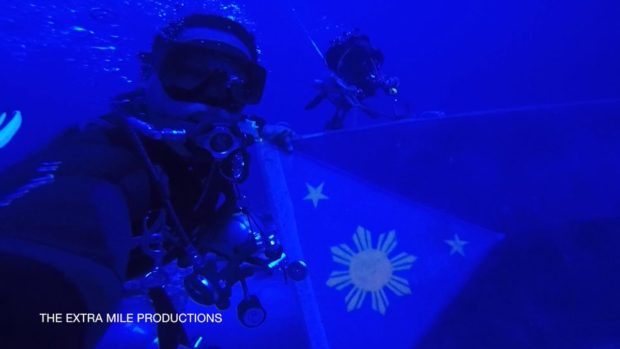 The send-off is part of the anniversary of the 2012 United Nations declaration acknowledging the underwater plateau as part of the country’s food supply exclusive zone.

The two-day event includes the casting of a buoy that would serve as a floating marker at the shallowest point of the region to aid aircraft conducting maritime air patrol in the area.

Nolcom on June 12, 2017, hoisted the Philippine flag underwater and on the deck the Navy’s BRP Davao del Sur. A marker was also Installed 70 feet below sea level to assert that the plateau was part of the country’s territory.