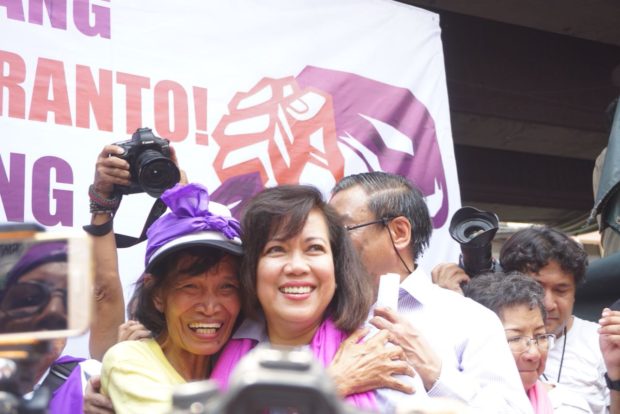 This was how a retired judge and militant groups in Cebu described the decision of the Supreme Court (SC) on Friday to oust Chief Justice Maria Lourdes Sereno.

“This is a sad day for the judiciary and the legal profession,” said former Cebu City Executive Judge Judge Meinardo Paredes of the High Court’s ruling.

Voting 8-6, the Supreme Court granted the quo warranto petition filed by Solicitor General Jose Calida against Sereno who allegedly failed to file her Statement of Assets, Liabilities, and Net Worth religiously.

Paredes said quo warranto proceeding is not the proper and legal way to remove an impeachable officer like the chief justice.

The Constitution, he said, clearly states that the only remedy on erring constitutional officers is a conviction in an impeachment proceeding.

With the ouster of Sereno, Paredes said the SC can expect several quo warranto cases against constitutional officials such as the justices, commissioners of the Commission on Elections, Human Rights (CHR), the Ombudsman, courts and even the president himself.

“The floodgates for quo warranto cases are now open,” he said in an interview.

Paredes, who retired in 2014 after serving 27 years in the judiciary, said the six justices who earlier made public statements against Sereno, should have inhibited themselves from deciding on the quo warranto case.

“How can you expect for these justices to vote impartially when they themselves had expressed their opinions prior to the judgment?” Paredes said.

To express rage over the removal of Sereno, militant groups held a protest rally in downtown Cebu City on Friday.

Lawyer Vincent Isles of the Silent Majority said the SC decision on the quo warranto case against Sereno is but an attack to the constitution and judicial independence, destroying the “checks and balances” principle of a democratic government.

“After this, what more will stop Mr. Duterte from ousting other justices who expressed opposition in some of his programs?” he said.

“They (administration) know they cannot convict Sereno in a Senate impeachment that is why they connived with the justices who had personal issues with the chief justice,” he added.

After Sereno, Isles said he wouldn’t be surprised if the administration will target Senior Associate Justice Antonio Carpio because of the latter’s opposition to the joint venture of Philippines and China in the West Philippine Sea.

Lawyer Jose Glenn Capanas, president of the Integrated Bar of the Philippines (IBP) Cebu City chapter, said he respected the ruling of the High Court on Sereno’s case although it presented new principles and jurisprudence.

“As officer of the court, I have to abide by the decision and let the legal process take its course. I believe Chief Justice Sereno still has the legal remedies,” he told the Inquirer.

“There are principles that were over-ridden by this ruling. This is something very new. It might shake the judicial system. But as it is, I am for judicial independence,” he added in response to insinuations that some justices may have been influenced by the executive department to oust Sereno.

Lawyer Mundlyn Misal-Martin, president of the IBP Cebu Province chapter, said the decision of the SC to oust a constitutional officer through a quo warranto case was “surprisingly new.”

“I haven’t read the decision and it’s best to read it first to render an in-depth personal opinion of the issue. The latest jurisprudence is new and the first, I believe, issued by the SC,” she said.