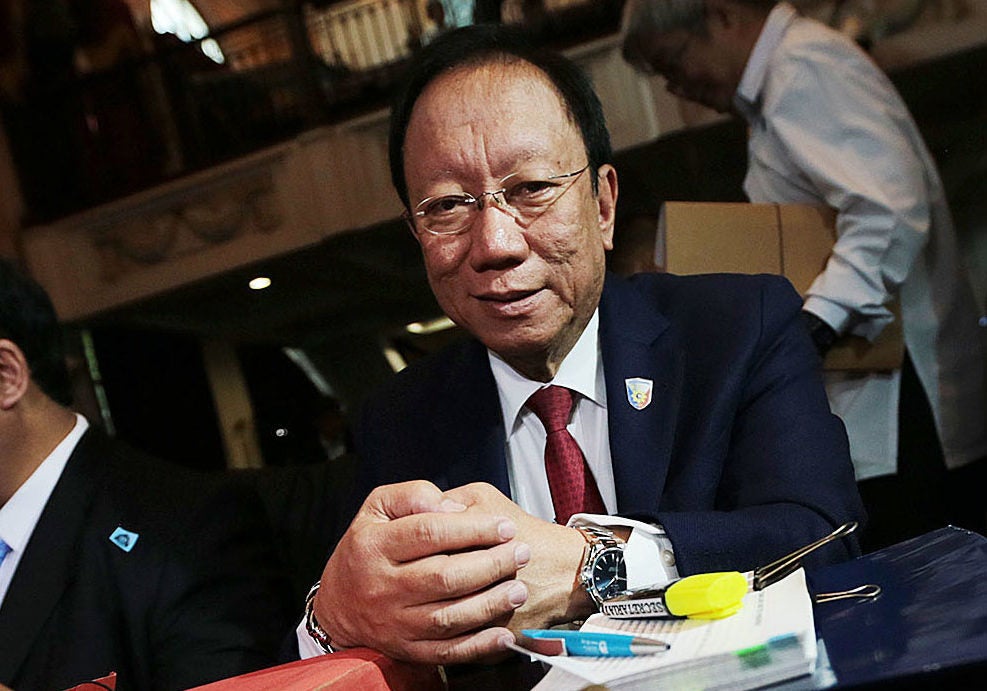 As he thanked the “learned” justices of the Supreme Court (SC), Solicitor General Jose Calida lauded the high tribunal’s decision granting the quo warranto petition against Chief Justice Maria Lourdes Sereno, even saying it “preserves the stability and integrity of the Judiciary.”

“The Supreme Court decision ousting Maria Lourdes Sereno augurs well for the country as it preserves the stability and integrity of the Judiciary. This decision is the epitome of its exercise of judicial independence,” Calida said in a statement on Friday.

“I would like to extend my appreciation to the learned magistrates of the Supreme Court for once again upholding the primacy of the Constitution,” Calida added.

In filing the quo warranto petition, Calida questioned the qualification of Sereno as Chief Justice of the country. He cited as ground Sereno’s incomplete filing of her Statement of Assets, Liabilities, and Net Worth (SALN) before the Judicial and Bar Council (JBC), which screens applicants to the judiciary.

Several law practitioners, law school deans, and professors have decried the decision, saying that the 1987 Constitution mandates that a Chief Justice can only be removed from office through an impeachment proceeding.

“Despite the raucous voices of those pretending to champion the Constitution, the magistrates stayed true to their oath and faithfully adhered to the rule of law,” Calida said.

The Solicitor General – the principal lawyer of the government – also called on Filipinos to “continue the fight” against forces who would destabilize the government.

“I implore the Filipino people to continue the fight against those intending to undermine the stability and integrity, not only of the judiciary, but also of the government as a whole,” he added.   /kga