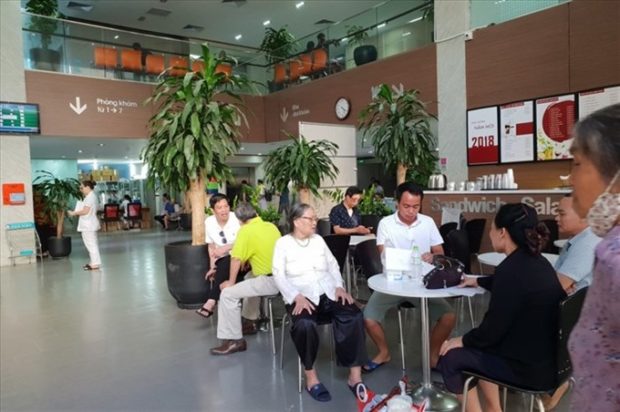 Việt Nam is facing an alarming shortage of qualified nursing care workers for the elderly. Most elderly people are cared for by their relatives or domestic helpers with little medical expertise. – Photo laodong.vn

Vietnam is facing an alarming shortage of qualified nursing care workers for the elderly. Most elderly people are cared for by their relatives or domestic helpers with little medical expertise, health experts say.

At a conference on effectively training and using nursing care workers for the elderly on Monday, doctors said Vietnam is among the five fastest-aging countries in the world. Currently, there are 10.1 million elderly people in the country, accounting for 11 per cent of the population.

Dr Nguyen Trung Anh, deputy director of the National Geriatric Hospital, said that most of the elderly are facing chronic diseases that require lifelong treatment, such as high blood pressure, stroke, diabetes, cancers and asthma.

Apart from that, they are also dealing with Alzheimer, malnutrition and depression. The reduction of daily activities worsens health conditions for the elderly.

The hospital’s 2016 survey of 610 people above age 80 in Hanoi’s Soc Son District showed that an elderly could have six or seven diseases on average.

Of that, 33.6 per cent were widowed and 8.2 per cent were living alone. The average income of an elderly person was about VND540,000 (US$24) per month, mainly from pension or social welfare.

About 30 per cent of them needed help on a daily basis, with tasks such as personal hygiene, dressing and eating. Up to 90 per cent needed help on cooking, cleaning, using mobile phones or using means of transport.

Prof. Pham Thang, director of the hospital, said that there was no official system of nursing workers for the elderly in the country.

In his hospital, nurses were in charge of giving medical treatment and taking care of the elderly at the same time, putting pressure on nurses as they struggle to complete both tasks.

Thang said the patients’ relatives usually hired domestic helpers to take care of their elderly, which was costly but ineffective as most were not trained as professional nursing staff.

The health sector needs to focus on building a qualified source of nursing workers, he said.

At the conference, health experts suggested that the development of healthcare services for the elderly was necessary, including more nursing homes and apartment buildings for the elderly with medical health services.

Vice minister of health Pham Le Tuan said that in the context of a rapidly aging population and amid the complications of diseases, the ministry has enhanced the role of primary healthcare services and developed a family medicine model to promote the nursing of the elderly at localities.

The ministry would improve geriatric hospitals with the network of nursing staff, and encourage organisations and individuals to invest in nursing homes for the elderly.

Tuan said apart from knowledge and skills on taking care of the elderly, nursing care workers need to understand the physical and psychological demands of elderly people. This is a new service in Viet Nam and the country can draw on the experiences of other countries in the world.

He said the hospital should be the pioneer to propose a plan for building a source of nursing staff to the ministry.

Vietnam has had an aging population since 2011 and is expected to become an aging country by 2030. Currently, it has over 10 million old people, accounting for 11 per cent of the country’s population. Over 2 million of the elderly people are over 80 years old.