Protest aims to pressure SC justices on petition vs Sereno 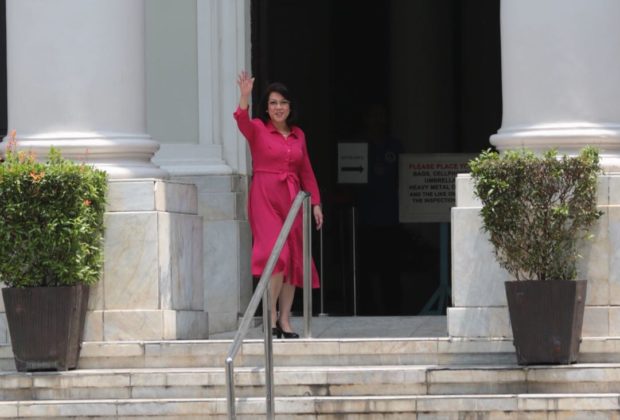 Thousands of supporters of Chief Justice Maria Lourdes Sereno will jam the Supreme Court area in Manila on Friday hoping that the justices will throw out Solicitor General Jose Calida’s petition to invalidate her 2012 appointment to the top post in the judiciary.

The protest dubbed “Jericho March for Justice,” organized by the Coalition for Justice (CFJ), will begin at 4 a.m., with the protesters massing in front of the Supreme Court building on Padre Faura Street to wait for the justices to sit in a special full-court session to tackle Calida’s petition against Sereno.

The organizers named the protest Jericho March to imitate the siege of the city of Jericho in the Old Testament book of Joshua, one of the greatest events in the Israelites’ conquest of Canaan.

Led by Joshua, the Israelites marched around Jericho seven times and at the sound of the priests’ trumpets, they raised a great cry, toppling the walls of the city.

Evangelical pastor Caloy Diño, one of the CFJ leaders, told the Inquirer on Wednesday that “spiritual walls” had been erected to remove Sereno from office.