Suspending TRAIN Law will do more harm than good – Diokno 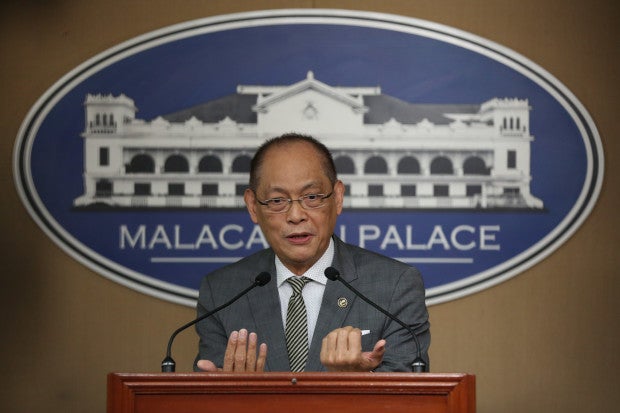 Amid calls by some senators to suspend several provisions in the tax reform package to help bring inflation rates down, Budget Secretary Benjamin E. Diokno said doing so would do more harm than good to the economy.

Diokno said suspending the Tax Reform for Acceleration and Inclusion (TRAIN) Act would disrupt operations at the Bureau of Internal Revenue and Bureau of Customs.

The two agencies have already adopted the new tax rates and programmed their target collections based on the law, he said in a press conference on Wednesday.

Finance officials also warned that the government’s infrastructure program and the country’s economic growth would suffer if the excise tax collections were suspended.

Signed by President Duterte in December last year, Republic Act No. 10963, or the TRAIN Law, raised or slapped new excise taxes on cigarettes, sugary drinks, oil products and vehicles, among other goods, to compensate for the restructured personal income tax regime that raised the tax-exempt cap to an annual salary of P250,000.

Sen. Bam Aquino said he would file a bill amending the TRAIN Law to allow for the suspension of excise tax on fuel if the inflation rate exceeded the government’s target of 2 to 4 percent for 2018.

For April, the inflation rate reached 4.5 percent, although the month-on-month inflation declined, according to Finance Undersecretary Gil Beltran.

“There is a reason to put the brakes on TRAIN because the people are bearing its burden,” Aquino told reporters after a Senate hearing on the law.

While the TRAIN Law is just one of the factors that raise inflation, the government can control it, he said.

The senator said that while the country’s gross domestic product and investment grade may improve, families would suffer.

Bangko Sentral ng Pilipinas Deputy Governor Diwa Guinigundo also came to the defense of the TRAIN Law, saying that the law was put in place so that the government would not have to borrow money to fund its infrastructure program.

“If [the law was] stopped, it would stop the implementation of the infrastructure program which we need to sustain the output and momentum of economic growth,” he said.

Read Next
No politics in int’l probe of Dengvaxia mess – senators
EDITORS' PICK
Duterte orders review of conduct of war on drugs
No evidence to warrant filing of homicide case vs Julian Ongpin – police
Smart powers Liga Adarna Season 4: Race to the Top
Who is Julian Ongpin?
Miss Universe Philippines partners with JC
‘Reporter/commentator’ mauled for stealing fighting cocks
MOST READ
Gordon: Senate uncovered ‘mother of all corruption’ under Duterte admin
LOOK: Angel Locsin inspires with weight loss progress
Isko Moreno reaches out to other presidential bets for unity
Who is Julian Ongpin?
Don't miss out on the latest news and information.