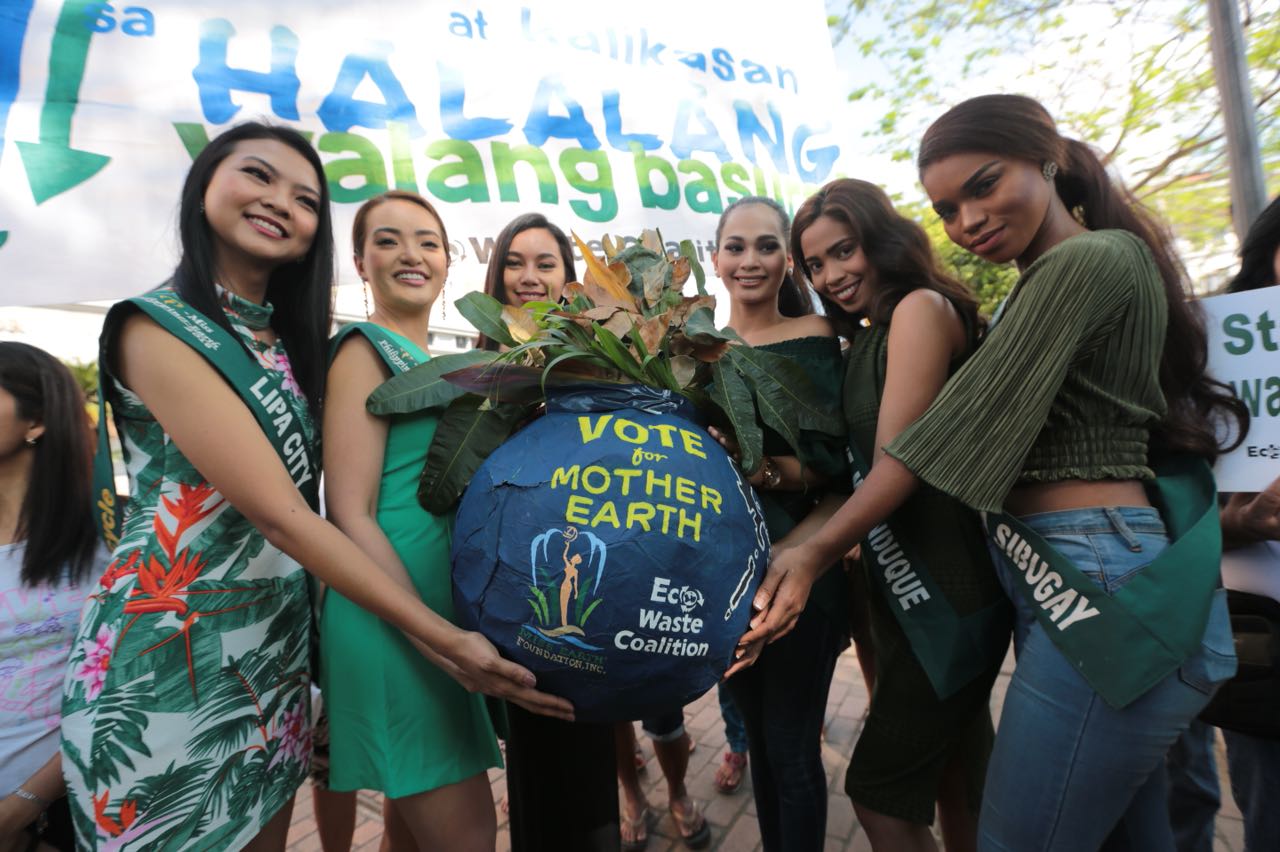 Ecowaste coalition and some delegates of Miss Earth Philippines 2018 troop to the Comelec to campaign for waste prevention and reduction as the synchronised Barangay and SK elections nears. INQUIRER / Grig C. Montegrande

In a program held in front of the Commission on Elections (Comelec) headquarters in Manila, pageant candidates stood with environmental activists to call for an eco-friendly election.

The program was jointly conducted by the Miss Earth Foundation and the EcoWaste Coalition.

LOOK: Miss Earth PH candidates in front of @COMELEC HQ in Intramuros to call for a waste-free election @inquirerdotnet pic.twitter.com/MYxnOu4LCX

“Why not make it a habit, like, house visitations in their barangays where they are running? It’s also a chance for the people to know them personally, and for them to know their advocacies,” Alforque said.

“We only have one planet. We should always protect it. Even the small things can create a macro-effect to our environment, so we have to be more cautious with our actions,” she stressed.

On the other hand, zero-waste campaigner Daniel Alejandre said EcoWaste Coalition as well as other environmental groups would be teaming-up with the Comelec in monitoring campaign violations.

In a separate statement, Comelec commissioner Luie Guia commended the Miss Earth Foundation and the EcoWaste Coalition for their environmental advocacy program in line with this year’s village polls.

“I commend your action and wholeheartedly join you in appealing to the Barangay and SK poll candidates and the general public to be environmentally caring and responsible,” Guia said.

“Any decrease in the volume and toxicity of campaign trash will help in reducing the negative impact of the electoral exercise on the environment,” he added. /muf