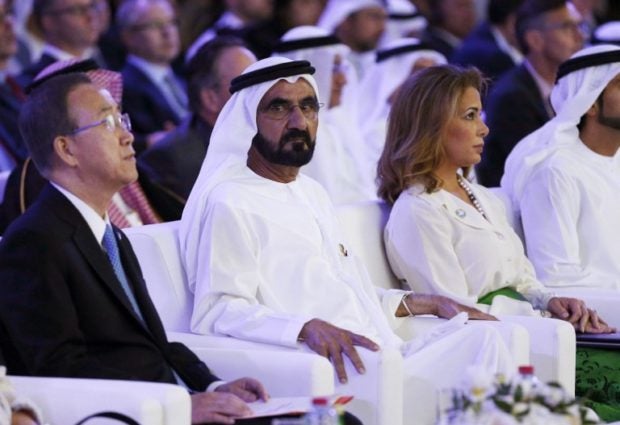 PARIS, France — A detained Emirate princess, a yacht seized by Indian soldiers in international waters, a Frenchman being held in Luxembourg — accounts from key players in the attempted escape by a daughter of the ruler of Dubai have all the hallmarks of a geopolitical thriller.

Rights activists are increasingly worried about the fate of 32-year-old Sheikha Latifa bint Mohammed bin Rashid Al-Maktoum, who has not been seen publicly since being captured at sea in March while trying to flee the United Arab Emirates.

Human Rights Watch on Saturday urged the Dubai authorities to reveal the whereabouts of the princess, saying her case could constitute “enforced disappearance”.

A source close to the Dubai government has said only that Latifa was indeed brought back to Dubai and was “with her family” and “doing excellent”.

But accounts by people involved in the escape who spoke with AFP suggest an aggressive campaign to recapture the princess after she slipped over the border into Oman in February, and punish those who helped her.

Her case has since been taken up by the UK-based advocacy group Detained in Dubai, which has alerted the UN’s human rights commission.

In what appears to be a self-made video uploaded to YouTube in March, which brought her into the public spotlight, Latifa says she was fleeing mistreatment and restrictions imposed by the family of her father, Mohammed bin Rashed Al-Maktoum.

“I’m making this video because it could be the last video I make,” she says, adding that she is “99 percent positive” her escape would succeed.

“If it doesn’t, then this video can help me because all my father cares about is his reputation,” she adds.

‘Admit it was kidnapping’

Latifa’s video was published once it became clear that her attempt to get away, which began on February 24, had failed.

She had enlisted the help of Tiina Jauhiainen, a Finnish woman who had been her teacher of the Afro-Brazilian martial art capoeira; Christian Elombo, a French national who taught sports in Oman; and Herve Jaubert, a Franco-American businessman who claims to be a former French secret service agent.

After making it to Oman, Jauhiainen said she and Latifa boarded a yacht owned and piloted by Jaubert with the goal of reaching India, from where Latifa would fly to the United States.

But on the night of March 4-5 their vessel was surrounded by the Indian navy and detained by soldiers who then towed the yacht back to the United Arab Emirates.

Jaubert and Jauhiainen said they were held until March 20 and 22, when they were expelled from the country, while Latifa has not been heard from.

In a video released later, Jaubert, 62, claimed they were surrounded by “five warships, two planes and a helicopter” and were “beaten severely” by soldiers who boarded the yacht and robbed them, even as Latifa screamed that she was seeking asylum.

He said he was blindfolded and held in solitary confinement while being questioned, before being made to sign a forced confession and released.

“They wanted us to admit that it was a kidnapping, because according to their Islamic definition, a woman, even adult, cannot give her consent because she remains the responsibility of her father,” Jaubert told AFP.

He said Latifa had contacted him because of his 2009 book “Escape from Dubai”, in which he recounts fleeing by dinghy to avoid fraud claims after a business deal soured.

Jaubert said he was to be compensated only for fuel costs, and had previously told the BBC that while he was supposed to be paid, money was not his motivation.

‘She is my friend’

“They wanted to know which organization was behind all this. They couldn’t believe that I helped Latifa because she is my friend,” Jauhiainen said.

Elombo, 40, was arrested on February 26 on charges of facilitating the illegal entry and exit of the princess in Oman, according to sources close to the case.

He was given a suspended jail sentence and expelled in early April, when he went to visit his family in Luxembourg.

But upon his arrival the police arrested him because of an Interpol “red notice” issued at the request of the UAE, seeking his extradition.

The warrant, seen by AFP, says Elombo is wanted on charges of “kidnapping”, which can carry a life sentence in prison.

Prosecutors in Luxembourg say they are still waiting for a formal extradition request, while France’s foreign ministry said Monday that Elombo was benefiting from consular assistance, as he had in Oman.

The Dubai government source denounced last month that a “private matter” had become a “soap opera”, while accusing its Gulf rival Qatar of being behind the campaign. /cbb

Read Next
Senators to pursue probe on P60-M DOT-PTNI ads deal
EDITORS' PICK
CHR hopes inequalities exposed by COVID-19 pandemic are addressed
Smart offers wireless fiber-like speeds to Filipino homes with country’s first 5G Prepaid Home WiFi
This new condo in the South will make you want to turn a new leaf
Legarda: Ending Violence Against Women, a cause for all
DOH: Booster doses for fully vaxxed adults to start December 3
BOQ monitoring 64 travelers from ‘red-list’ countries amid Omicron
MOST READ
Another disqualification petition filed against Bongbong Marcos
DOH: Booster doses for fully vaxxed adults to start December 3
Ex-DOT chief Ace Durano convicted of graft over 2009 project
Roque defends Bongbong Marcos: ‘He was only 15 years old in 1972’
Don't miss out on the latest news and information.