Teo’s husband to quit TIEZA board 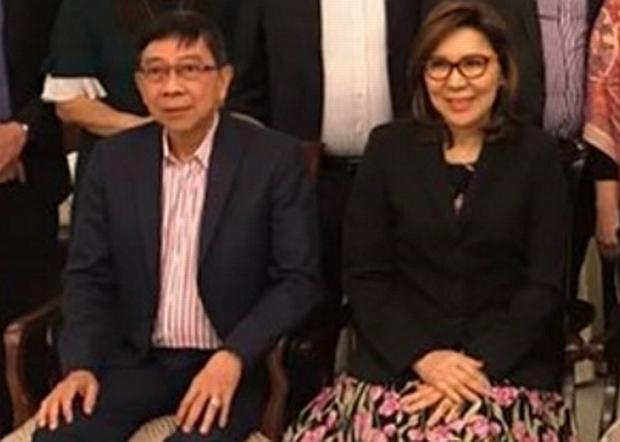 FILE – Tourism Secretary Wanda Corazon Tulfo-Teo with husband Roberto Teo at a dinner hosted by Antonio A. Morales, the Philippine Ambassador to Singapore, last Jan. 20, 2017. Secretary Teo and her delegation attended the Asean Tourism Forum, which was held on Jan. 16 to 20, 2017, in Singapore. (Photo from the Philippine Embassy in Singapore)

Lawyer Ferdinand Topacio, Secretary Teo’s legal counsel, disputed claims of nepotism as Roberto Teo was appointed to TIEZA even before the term of President Rodrigo Duterte.

Roberto Teo has been with TIEZA since 2014.  In June 2017, Duterte also appointed him as a member of the board of directors of government-owned Land Bank of the Philippines.

He also used to be the assistant city administrator of Davao City.

Secretary Teo is currently in hot water after DOT placed advertisements on a Bitag Media Unlimited, Inc. program, which is owned by her brothers.