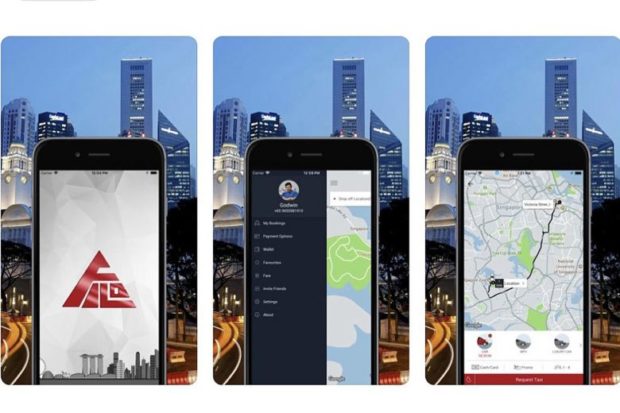 Screengrabs of the Filo app. It is up against Grab, and local firm Ryde and India’s Jugnoo, which both debuted earlier in the week. PHOTO FROM FILO TECHNOLOGIES via The Straits Times/Asia News Network

Yet another ride-hailing app will enter the Singapore market soon, making it the third such company to move into the point-to-point transportation industry since the departure of Uber.

Local start-up Filo Technologies, which was founded late last year, said it intends to launch its private-hire car booking services within the next two weeks.

It is up against local firm Ryde and India’s Jugnoo, which both debuted earlier in the week, and incumbent Grab, which acquired Uber’s Southeast Asia operations two months ago.

Filo founder Jason Tan, 41, who is from the shipping and logistics industry, told The Straits Times yesterday (May 5) fares will be lower than those for taxis and comparable to other private-hire car services. Fares will also fluctuate based on demand and supply, he added.

To attract drivers, Filo will collect a 12 per cent commission – lower than Grab’s 20 per cent – which will be capped at S$400 (US$300) a month, said Mr Tan. He is currently recruiting 300 licensed private-hire car drivers to drive for his app – through social media and word of mouth – and aims to have 2,000 drivers in time for the launch.

The company, based at Vision Exchange in Jurong East, has a start-up capital of S$50,000. Mr Tan said this money comes from his own pocket and investors, and he has plans to raise more funds.

His rivals currently have deeper pockets – Jugnoo has raised US$16 million, Ryde has US$1.5 million, and Grab, US$4.1 billion, according to tech website Crunchbase.

Still, Mr Tan is undeterred. “The passenger-driver (matching) platform is just the start. We will have other more attractive services on the app in the coming days,” he said, but declined to reveal more.

He is also promising attractive promotions for customers, but was tight-lipped about what they will be.

“Based on my research, as long as there are no more than five players, the market should be able to accommodate all of them,” he added.

Asked about the sustainability of the new entrants, Mr Li Jianggan, founder of Momentum Works, a tech investment firm, said the companies could be counting on the Government regulating the ride-hailing industry in the future, to have more than one player.

“At some point, this means regulating pricing and incentives. (Having) more than one player can be profitable. It will be like the taxi industry,” said Mr Li.