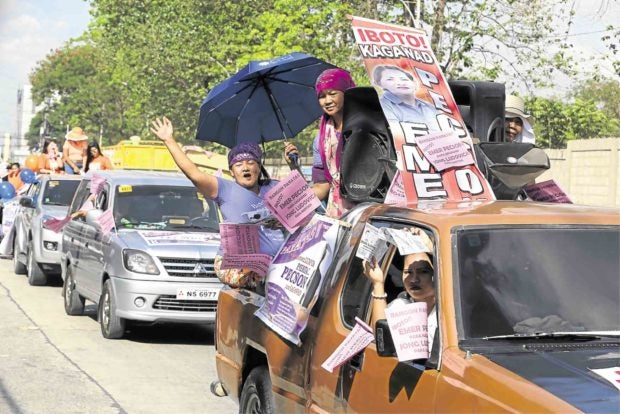 Kicking off the campaign period for the May 14 polls, a motorcade of barangay and Sangguniang Kabataan election candidates makes its way through Barangay Payatas, Quezon City, on Friday. —NIÑO JESUS ORBETA

The Philippine National Police (PNP) has recorded 16 probable election-related violent incidents, majority of which happened even before the start of the campaign period last Friday, its spokesperson said Sunday.

“Since April 14 up to the present, mayroon na tayong naitalang 16 suspected election-related incidents,” Bulalacao said in an interview with Radyo Inquirer 990 AM

Bulalacao said the latest recorded fatality was in Manaoag, Pangasinan, where a barangay official was shot dead Saturday night.

He added that 35 firearms had been confiscated by the PNP in checkpoints.

Despite these, Bulalacao maintained that the first day of the campaign period was “generally peaceful.” /cbb