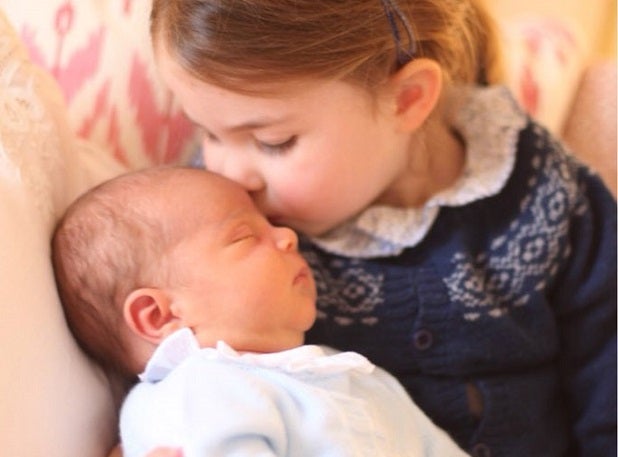 Princess Charlotte kisses her brother Prince Louis during her 3rd birthday in this photograph taken by their mother, the Duchess of Cambridge Kate Middleton, at Kensington Palace in the United Kingdom on May 2, 2018. FROM THE KENSINGTON PALACE TWITTER PAGE

In one touching image, three-year-old Princess Charlotte is kissing her sleeping brother, while the other shows the royal baby propped against a cushion.

“The Duke and Duchess of Cambridge are very pleased to share two photographs of Princess Charlotte and Prince Louis,” said a Kensington Palace statement. 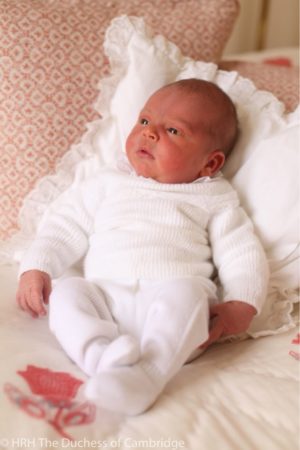 The Duke and Duchess of Cambridge released this photo of their youngest child, Prince Louis, on May 6, 2018. FROM THE KENSINGTON PALACE TWITTER PAGE

The image with Princess Charlotte was taken on May 2 — her third birthday — while the other, in which Louis wears a white jumper and trousers, was taken on April 26, three days after he was born.

Louis Arthur Charles, fifth in line to the British throne, is William and Kate’s third child and a sixth great-grandchild for Queen Elizabeth and her husband Prince Philip.

He will hold the title of prince after the Queen changed the rules in 2012 to ensure that all of William’s children would be entitled to the style, not just his eldest son.

The birth kicks off a busy summer of royal celebrations, with Prince Harry set to marry US actress Meghan Markle on May 19. /cbb