Duterte: Strongman? I haven’t jailed anyone 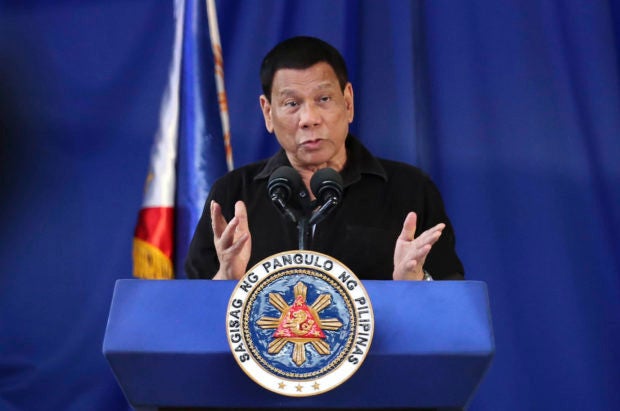 President Rodrigo Duterte on Friday disputed Time Magazine’s depiction of him as a strongman, stressing that he had never jailed anyone for criticizing him.

“They said I was a strongman. I am not a strongman. I have never sent anyone to jail. For all I care you can criticize me and bullshit me to no end, and I can take that because you are my employer. I am just a government worker,” Mr. Duterte said.

The President made the remarks in a one-and-a-half hour speech during the 37th Principals Training and Development and National Board Conference Program in Davao City.

Mr. Duterte was featured on the cover story of Time Magazine’s May 14 issue titled “Rise of the Strongman.”

In his speech, the President maintained that Filipinos were at liberty to exercise their freedom of expression, but he would not take criticism from a foreigner.

Mr. Duterte stressed that he never acted like he was king of the Philippines, as he reminded the public that he won the presidency in 2016 because he bannered the issue of fighting corruption.

“When did I rule over the Philippines? I won the presidency by six million (votes) because for most of the people, I was the only one carrying the message appropriate for the time,” he said.

Earlier in the day, presidential spokesperson Harry Roque noted that Filipinos had learned not to take Mr. Duterte’s colorful language literally, but took him seriously on issues of illegal drugs and crime.

“Regardless of slant, President Rodrigo Roa Duterte has demonstrated strong and decisive leadership—a quality appreciated by Filipinos as evidenced by the Chief Executive’s high satisfaction, approval, trust and performance ratings,” he said.

The cover story by Ian Bremmer described the Philippine leader as “a former mayor who talked more like a mob boss than a President, on his promises to wipe out the drug trade with his own brand of justice.”

Roque pointed out that despite Mr. Duterte’s expletive-laden speeches, “Filipinos have learned not to take the President’s colorful language literally, but they have surely taken seriously the issues the President has espoused, such as the war on drugs and crime.”