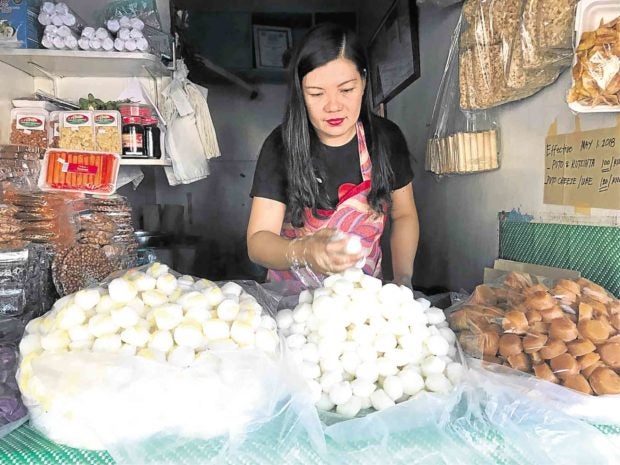 CALASIAO, PANGASINAN — The iconic “puto (rice cake)” has not been spared from spiraling prices triggered by the latest tax reform law.

According to the Philippine Statistics Authority (PSA) website, wholesale prices of special rice ranged from P44 to P52.80 per kg as of April 27.

“We thought prices, especially of sugar, would go back to normal. But they did not,” said Arenas, who operates one of the 40 stalls in front of the town plaza here.

“Even the prices of paper and plastic bags have gone up. So, what would be left for us?” she complained.

Puto producers agreed to uniformly raise prices in an April meeting, but the decision has not affected the demand for puto, which remains to be the town’s top product.

Tourists heading back for Metro Manila after visiting Pangasinan’s tourist destinations continue to drop by Calasiao to buy the rice cakes.

“Some customers were surprised by the P20 increase. But when we explained [the sudden increases in raw materials], they understood,” said Arenas.

The cup-shaped, soft rice cakes, described as this town’s “white gold,” are produced in the villages of Dinalaoan, Lumbang, Ambuetel and parts of Nalsian here.

The town’s biggest producer, “Bella’s Puto,” sells about 600 kg a day. Sales increase during the Christmas season, with at least 1,000 kg sold each day. — GABRIEL CARDINOZA