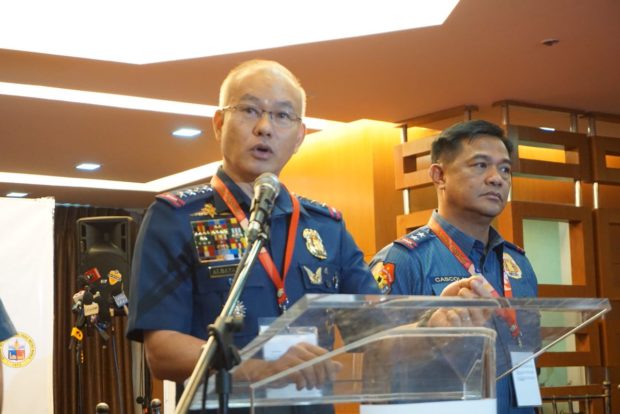 The Philippine National Police (PNP) is looking at a splinter faction of the Abu Sayyaff Group as behind the abduction of two policewomen-on-leave in Patikul, Sulu on Sunday.

In a press conference on Wednesday, PNP chief Director General Oscar Albayalde said the suspected perpetrators were “affiliated with the ASG; a group composed of children of ASG that fell casualty to police and military operations.”

The group, Albayalde said, had demanded a ransom of P5 million for the release of the policewomen, from police and local government negotiators, though Albayalde maintained “we will not give in to these kinds of demands that we consider terrorist activities.”

Negotiations and pursuit operations were ongoing, Albayalde said, but at the very least, “there is proof of life as of this morning, according to the [police] regional director.” With reports from Jasmin Salvacion