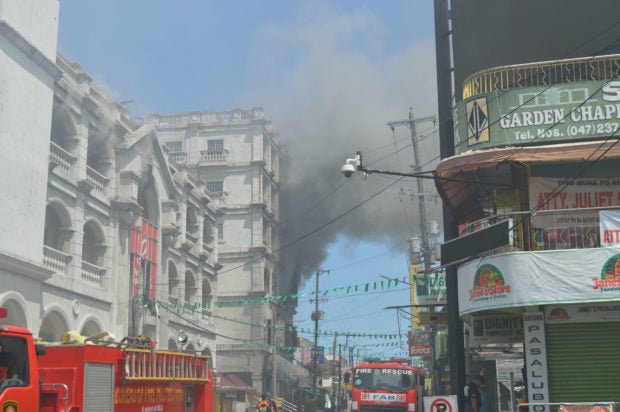 Fire of still undetermined origin forced business establishments to close shop on Tuesday (May 1) and Wednesday (May 2). Employees of the Balanga City Hall were also asked to go home after lunch due to the unbearable smoke from the burning Victoria Galeria building. Photo by Greg Refraccion

BALANGA CITY—— Shops were forced to close and city government employees were told to go home on Wednesday afternoon (May 2) due to unbearable smoke billowing from a fire that continued to rage at a business district since Tuesday (May 1).

The fire first struck the Victoria Galeria mall owned by businessman Jerry Acuzar but it had crawled towards an adjoining supermarket and other shops as of Wednesday afternoon.

Firefighters destroyed the buildings’ glass windows in order to access sections of the structures where flammable chemicals were reportedly stored.

Victoria Galeria, which stands opposite the city hall, was built in 2011, and has become the city’s premiere shopping mall.

This was the first fire to hit the Balanga commercial district. 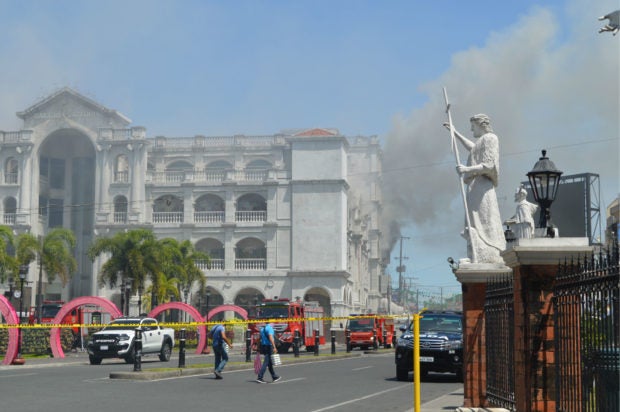