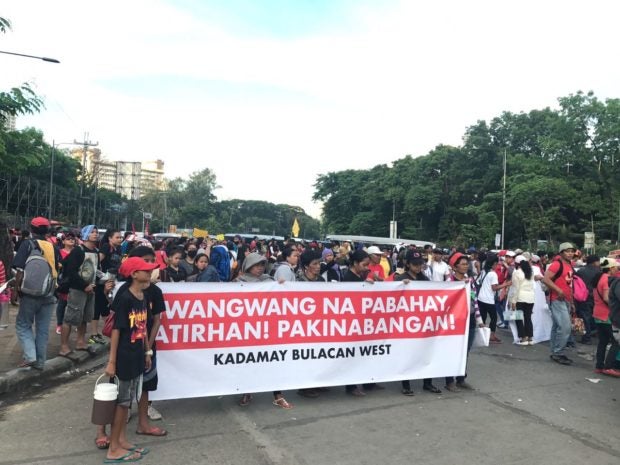 As the world observes Labor Day, senators on Tuesday pushed for stronger protection for Filipino workers and an end to contractualization (endo), emphasizing the laborers’ indispensable contribution to the country’s economic development.

Detained Sen. Leila De Lima called on the government to consult workers to solve the continuing problems of the labor sector as she took swipe at President Rodrigo Duterte for failing to stop “endo” two years into his term.

(But here we are now, two years into his presidency, his own promise was ended. After giving false hopes to the workers, Duterte washed his hands of the issue and passed the obligation to Congress.)

Opposition Sen. Francis “Kiko” Pangilinan, on the other hand, said that contractualization does not only plague the private sector but the public sector as well, noting that the Constitution guarantees the worker’s right to security of tenure.

(The Constitution guarantees the right of each and every worker, whether those in the private or in the government, to security of tenure. For the 1.4 million casual and contractual public employees, end Endo!)

Pangilinan pushed for the passage of Senate Bill No. 59 or the Civil Service Eligibility Bill, which aims to provide civil service eligibility to casual or contractual government employees who have served the government for five consecutive years.

Sen. Sonny Angara, for his part, said that the government needs to step up its efforts in protecting overseas Filipino workers, especially in the Middle East, where he said many are still exposed to abusive employers and exploitation.

“The economic contribution of OFWs cannot be overstated. It is but proper that the government address their concerns and ensure their well-being before they could even leave the country and especially during their stay abroad,” Angara said.

Sen. Sherwin Gatchalian echoed Angara’s call, saying that it is paramount for the government to ensure OFW’s rights are upheld and protected, “so that we may shield them from abuse, maltreatment, violence and unfair labor practices.” /jpv