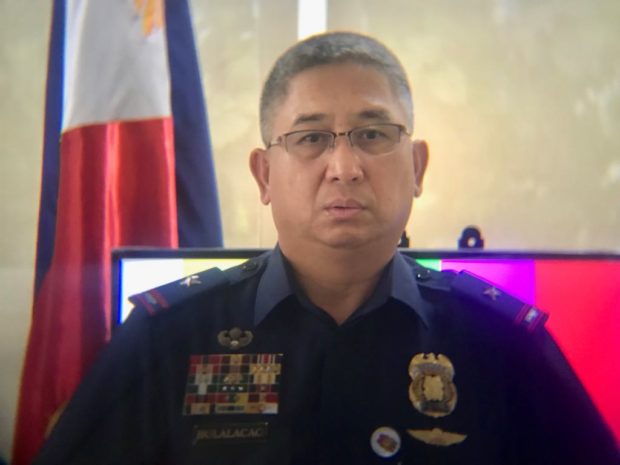 The Philippine National Police (PNP) has urged the Commission on Elections (Comelec) to put Masbate under the control of the poll body in time for the barangay (village) and Sangguniang Kabataan (SK) elections amid intense political rivalries in the province.

“We have yet to receive the approval of the Comelec on this request,” Bulalacao said in a press briefing on Thursday.

Bulalacao said the PNP sought such proclamation because all indications in an area to become an election hotspot are present in Masbate.

Since the start of the election period on April 14 to April 25, the PNP has arrested 546 people violating election rules.

Of these, 270 in police patrol/response, 102 during application of search warrants, 65 buy-bust with deadly weapons, 46 were arrested in checkpoints, 18 during implementation of warrants of arrest, 16 in Oplan Galugad, 15 in Oplan Sita, 10 in Oplan Bakal, and four in armed encounters.