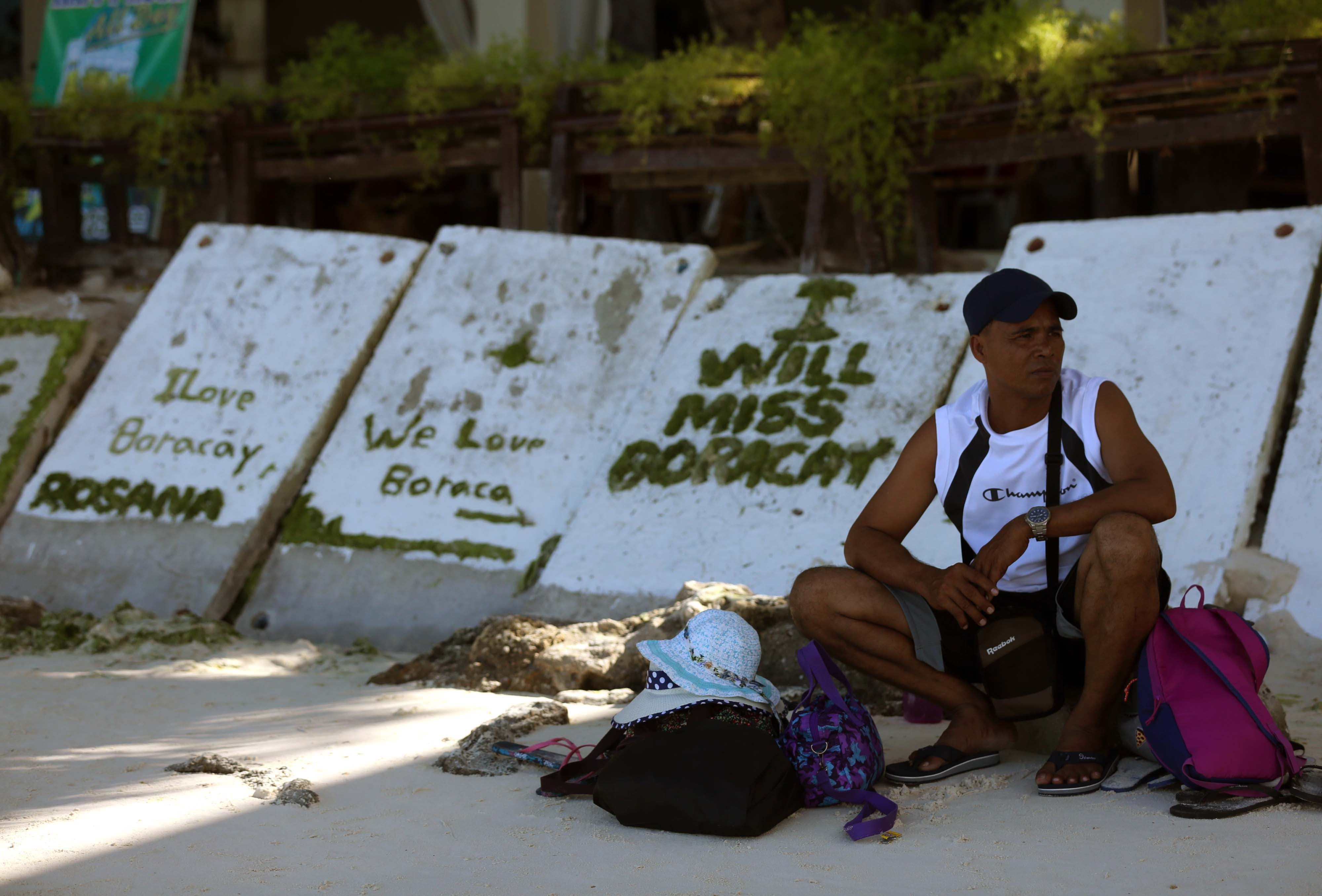 Green algae used to write people’s sentiments on concrete slabs placed outside a restaurant and bar by the beach of Boracay Island. INQUIRER PHOTO/LYN RILLON

A petition has been filed Wednesday asking the Supreme Court to issue a restraining order against the closure of Boracay Island.

Represented by the National Union of Peoples´Lawyers or NUPL, petitioners who are workers and residents of Boracay, told the high court that in the alternative, if the closure pushes through, it should issue a status quo ante to restore all parties to circumstances before the closure.

In their petition, they said the order is arbitrary and in violation not only of their constitutional rights but the rights of all the people working and living in the island.

The closure of Boracay to all tourists, purportedly for the purpose of rehabilitating the island, is set to begin tomorrow, ‪April 26, 2018, and will last for six months.

An inter-agency task force was formed to implement the rehabilitation. Hundreds of heavily-armed police personnel donning fatigue uniforms have been deployed to Boracay ahead of the scheduled closure.

“We have been earning less and less ever since the government declared that it would close the island,” said Zabal and Jacosalem. “If Boracay is closed to tourists, we lose our source of income, and we would not be able to feed our families” they added.

An estimated 36,000 workers engaged in tourism-related occupations will be directly affected as a result of the government’s measure. /je