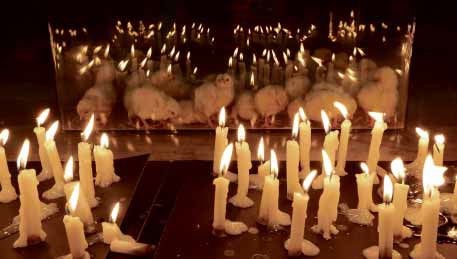 Presidential spokesperson Harry Roque on Tuesday wore his other hat, that of presidential adviser on human rights, and said he had asked the Philippine National Police to document killings by policemen in the line of duty to determine if there was a need to prosecute them.

Roque said he made the request to the PNP as part of his role as presidential adviser on human rights.

But Roque said one of his objectives was to help defend the PNP against accusations of involvement in summary killings.

“So in a few months, I will have a file each for every killing reported by the PNP indicating that there was no excessive use of force,” he said.

“If there is a reason to file charges against the killers, then I will encourage the filing of charges so that the criticism that we are not doing anything about [the killings] would stop,” Roque said in a press briefing.

He said he also planned to use the reports in responding to critics who accused the government of ignoring the spate of killings of drug suspects being linked to President Duterte’s campaign against drugs.

Roque said the reports would show if law enforcers had been abusive and how many of them should be charged, if any.

He said the “next time” government critics complain, “I will now be able to confidently say ‘that’s not true.’”

“We went through each and every case and we can convincingly say that there was no excessive use of force in these instances,’” he said.

He said the PNP had started the documentation when Ronald dela Rosa was the PNP chief, but Roque was sure that Dela Rosa’s successor, Director General Oscar Albayalde, would continue the task because he wanted to promote discipline in the PNP.

Roque’s statements came amid continued criticism from European Union parliamentarians and the United States over the spate of killings in the Philippines that were being tied to the President’s campaign against drugs.

In its latest statement, one of the most vocal critics of the killings, Human Rights Watch (HRW), said the Duterte administration’s denial of involvement was not convincing.