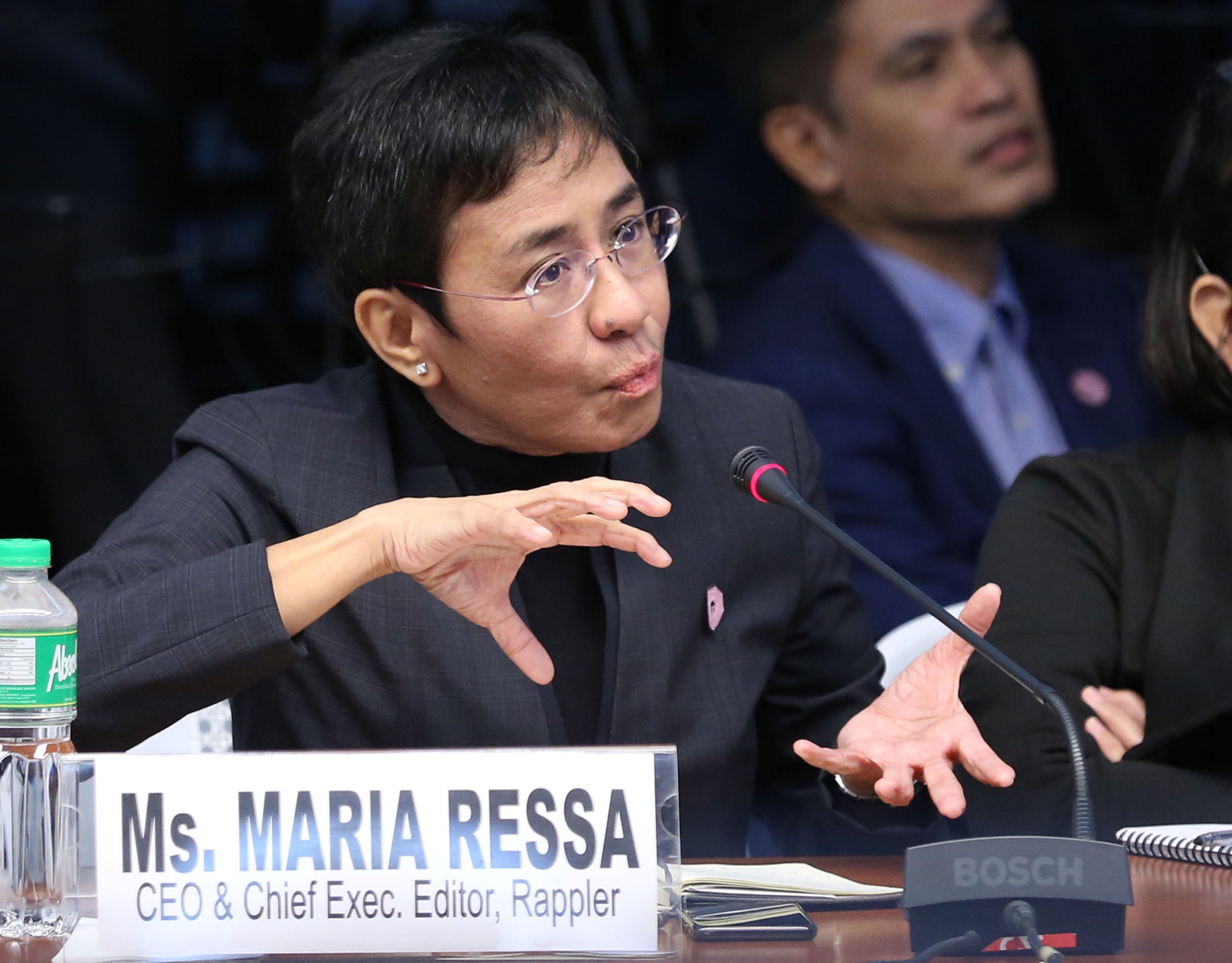 Rappler CEO Maria Ressa on Tuesday asked the Department of Justice (DOJ) to dismiss the cyber-libel complaint filed against them by the National Bureau of Investigation (NBI) and businessman Wilfredo Keng.

“The cases against Rappler are political in nature… All I have done is my job as a journalist. Hopefully, we will have these nuisance cases and harassment suits dropped,” Ressa told reporters.

Ressa, accompanied by her lawyer, appeared before Senior State Prosecutor Edwin Dayog, who was handling the cyber-libel complaint.

She maintained that all the cases against Rappler had no legal basis, pointing out that the legal team of the NBI had initially recommended the dismissal of Keng’s complaint.

The case stemmed from an article posted in 2012 saying that then Chief Justice Renato Corona used vehicles owned by the businessman. The same article was reposted in 2014.

“I worry about the state of journalism,” Ressa said. “We’ve seen this rising use of cheap armies on social media to stifle freedom of the press and voices that are deemed critical.”

Ressa and several others are also facing a complaint for tax evasion before the DOJ.

A separate preliminary investigation was conducted also on Tuesday.

Assistant State Prosecutor Zenamar Machacon-Caparros said Ressa and Rappler Holdings Corp. (RHC) treasurer James C. Bitanga were represented by their lawyers and sought for an extension to submit the counter affidavit because have not yet received the complaint filed by the Bureau of Internal Revenue (BIR).

Based on the BIR complaint filed last March 8, RHC purchased common shares from Rappler, Inc. worth P19,245,975. Then, it issued and sold Philippine Depositary Receipts (PDRs) to two foreign firms worth P181,658,758.

BIR said RHC used the same common shares it purchased from Rappler as the underlying share of the PDRs for profit and transmitted economic rights to the PDR holders.

The agency explained that RHC is subject to income tax and VAT, being a dealer in securities. However, the annual ITR and VAT returns for 2015, according to the BIR, does not reflect any IT and VAT from the PDR transaction. /je