PET asks Marcos, Comelec to comment on threshold level in shading of ballots 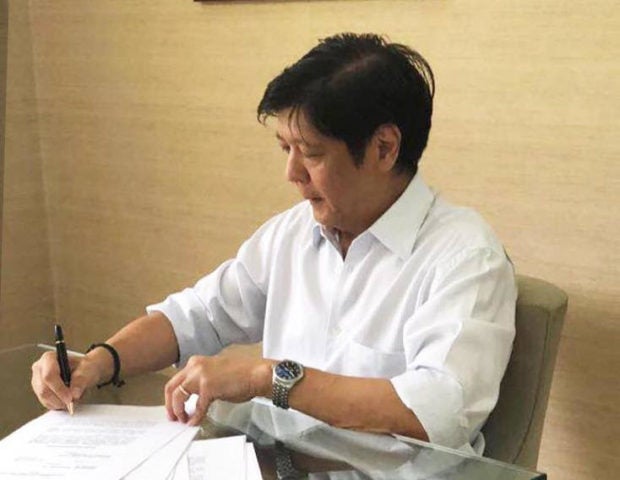 The Supreme Court, sitting as Presidential Electoral Tribunal (PET), has ordered former Senator Ferdinand “Bongbong” Marcos to respond on the motion for reconsideration filed by Vice President Leni Robredo in connection with the threshold set by the Commission on Elections (Comelec) for shading of ballots.

Aside from Marcos, the PET also ordered the Commission on Elections (Comelec) to submit its comment.

“The Supreme Court, acting as the Presidential Electoral Tribunal (PET), directed the protestant and the Commission on Elections to comment on the protestee’s Motion for Reconsideration dated April 19, 2018 on the requirement to observe a 50% threshold percentage on the recount within ten (10) days from notice,” read the PET resolution issued on Tuesday.

Robredo, in her motion for reconsideration, told PET to follow the threshold set by Comelec for shading of ballots.

The threshold adopted by the Comelec is designed to scan every oval on the ballot and count as vote those that contain appropriate marks based on pre-determined sharing threshold. Although the voters are told through the voter information to fully shade the ballots, the shading threshold was set at 25 percent of the oval space.

The Comelec said the purpose of this is to ensure that votes are not wasted due to inadequate shading.

It added that this is consistent with court rules, adding that while the 2010 PET rules state the 50 percent threshold, the 2018 Revisor’s Guide “did not impose a new threshold.”

The Marcos camp, in a separate statement, said the invocation of the 25 percent threshold is erroneous.

“The election case was filed by BBM June of 2016 and since then jurisdiction of the case is with the PET and no other as provided by Article 8 of the Constitution.  Since it is the Rules of the Tribunal that shall apply, her invocation of the 25 percent threshold rule is erroneous as it was made by the Comelec only on 6 September 2016, four months after the elections,” Marcos’ spokesman Atty. Vic Rodriguez said. /jpv