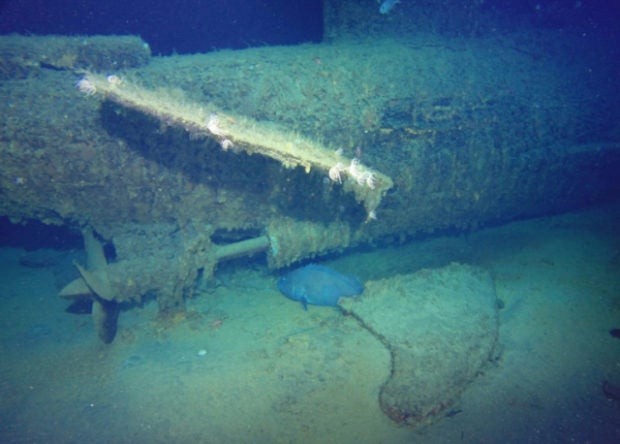 HMAS AE1, the first of two E Class submarines built for the Royal Australian Navy, vanished on September 14, 1914 near the Duke of York Islands.

The disappearance of the sub, carrying 35 crew members from Australia, Britain and New Zealand, was the nation’s most enduring military mystery until the wreck was found in December following 12 previous expeditions.

The new survey, conducted earlier this month with Allen’s research vessel the R/V Petrel, used a remotely-operated vehicle to inspect the sub and collect more than 8,500 high-resolution photos and several hours of video footage.

James Hunter of the Australian National Maritime Museum, an archeological observer to the US-Australia expedition, said the fresh imagery should help unravel the mystery of what happened to AE1.

“We’re not there yet, we’re still looking through all the footage… it’s going to give us the detail that we need that we didn’t have before,” he told AFP.

He said the researchers, who also came from the Royal Australian Navy, Curtin University, the Western Australian Museum and the Submarine Institute of Australia, previously only had low-resolution overhead shots of the wreck.

“We’re going to be looking for all sorts of clues. Even the seemingly most innocuous clues may actually help us move forward and have a better understanding of what happened to the submarine,” he added.

So far, the images that have been reviewed reveal that the sub’s stern torpedo tube cap was open, although it is not known why, Hunter said.

The sub had joined naval forces assigned to the capture of the German Pacific colonies in 1914.

On September 14 she vanished after a rendezvous off Herbertshohe — present day Kokopo — near the Duke of York Islands with the destroyer HMAS Parramatta.

Retired Royal Australian Navy Rear Admiral Peter Briggs said in December the most likely cause of the loss remains a diving accident.

Allen’s Petrel was involved in the recent discovery of the wreckage of WWII aircraft carrier USS Lexington off the east coast of Australia. CC