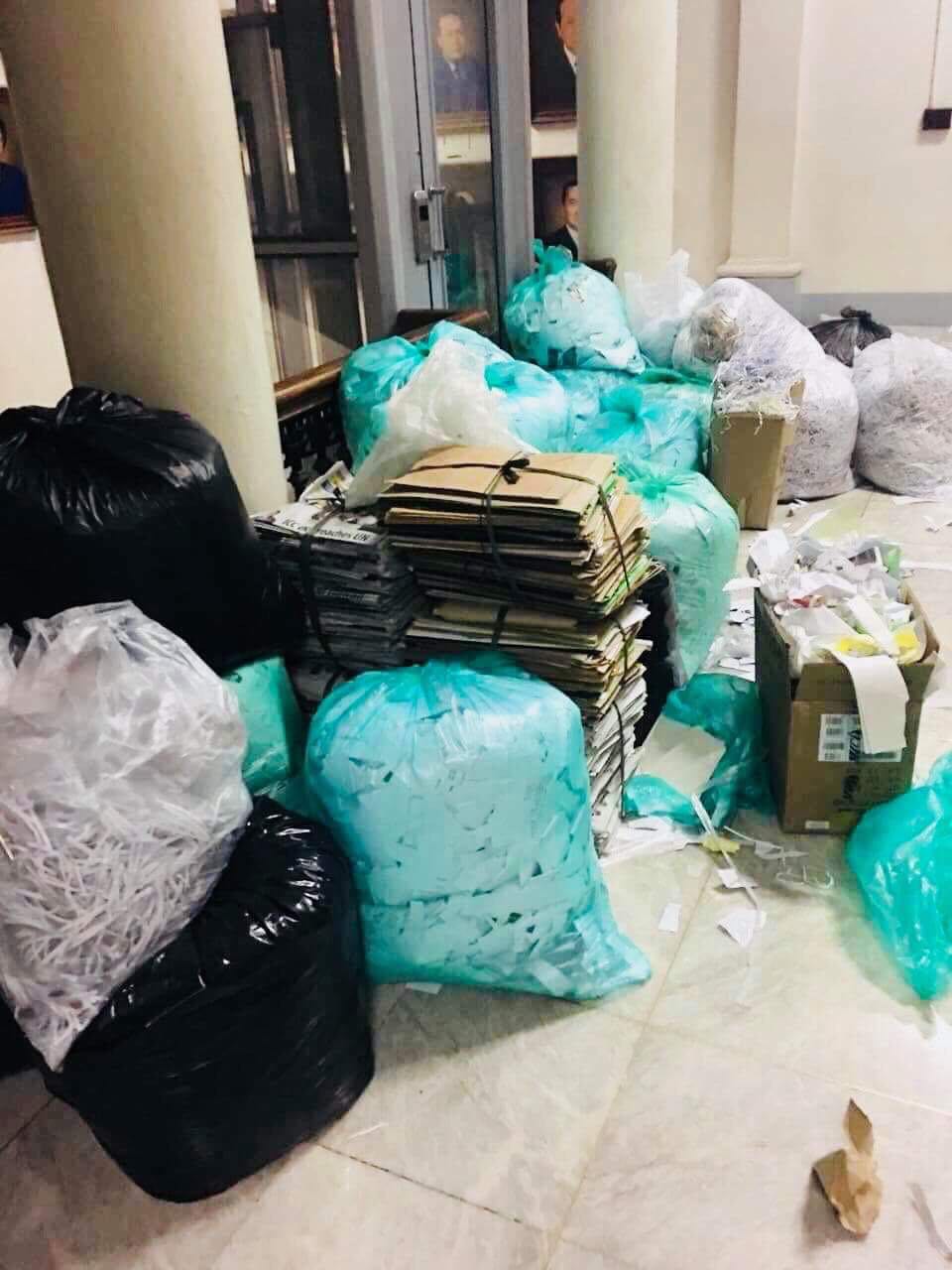 Shredded papers outside the Office of the Secretary of Justice.

While there were shredded papers from the office of the Secretary of Justice, newly appointed Justice Secretary Menardo Guevarra on Sunday said it was not his predecessor, former Justice Secretary Vitaliano Aguirre II, who ordered the destruction of voluminous documents.

“Our initial findings show that Aguirre had nothing to do with it,” Guevarra said in a message to reporters Sunday.

“It looks like Aguirre’s staff took it upon themselves to dispose of unimportant papers. That’s why the (Office of the Secretary) was so bare and empty when I came in,” he said.

He, however said investigation is still ongoing because they want to find out of other offices have also destroyed documents.

“The papers shredded were waste papers like drafts, duplicates, invitations and the like, and that no important file or document seemed to be missing, at least as of today,” he added.

The investigation was conducted after photos of shredded documents circulated social media a few days after Aguirre resigned.

“I did not order any of my personnel to shred documents during my last day in office at the DOJ. If any shredding was done, I know nothing about it,” said Aguirre. /je