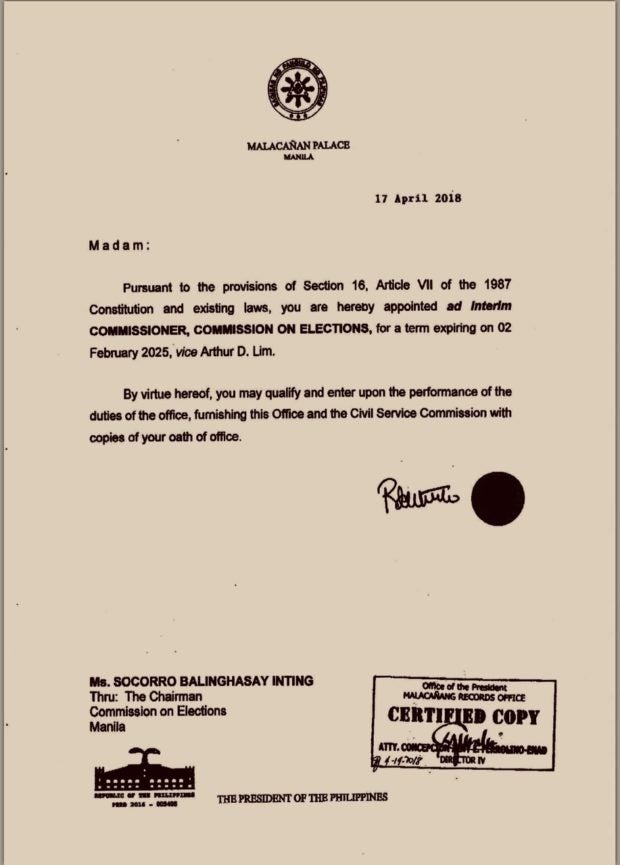 Duterte signed Inting’s appointment on April 17 but Malacañang only released his papers on Thursday.

Inting, a Court of Appeals (CA) justice, will replace former commissioner Arthur Lim who retired in February 2018. She would serve until February 2, 2025.

Prior to her appointment as CA justice in 2009, the new Comelec commissioner served as presiding judge of the Manila Regional Trial Court for over nine years and of the Makati Metropolitan Trial Court Branch 63 for almost three years. /je