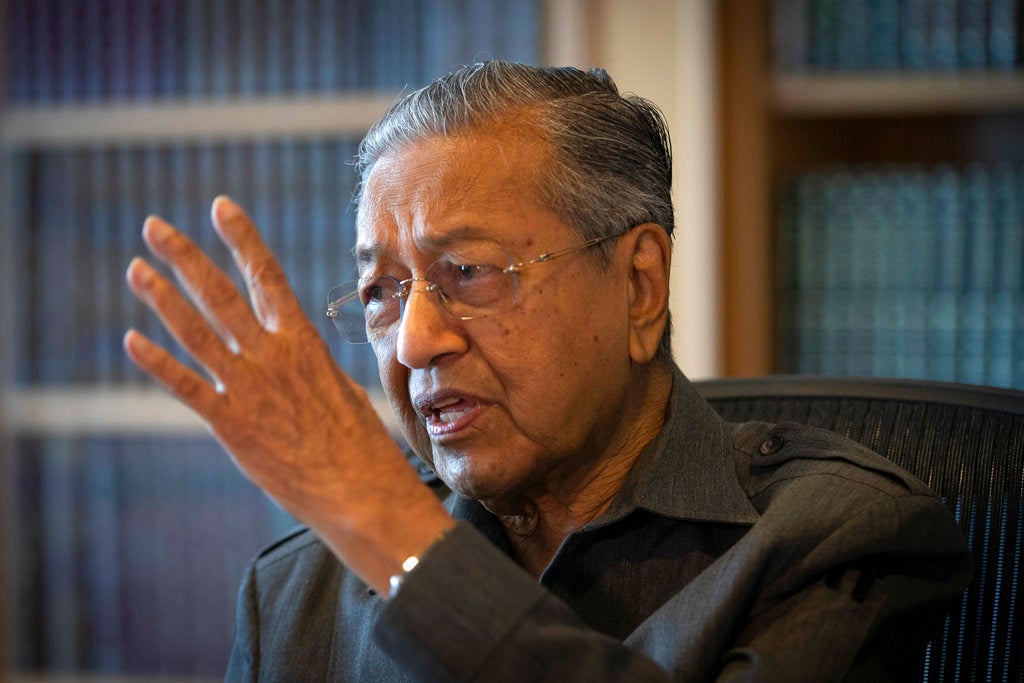 Former Malaysian strongman Mahathir Mohamad speaks during an interview with Associated Press at his office in Putrajaya, Malaysia on Wednesday, April 18, 2018. Mahathir said a wave of change is evident among rural ethnic Malays and a 30 percent swing from the bloc’s traditional support for the government would be enough to secure the opposition victory in next month’s elections. Mahathir told The Associated Press in an interview that Malay support for the opposition has increased, but still he saw the opposition’s chances as even. AP

Mahathir warned in an interview with The Associated Press on Wednesday that Malaysia has borrowed a large amount of money from China and may not be able to repay it. He noted that Sri Lanka had to give China ownership of a port and other projects in return for debt relief.

Malaysia declares May 9 election day a holiday after outcry