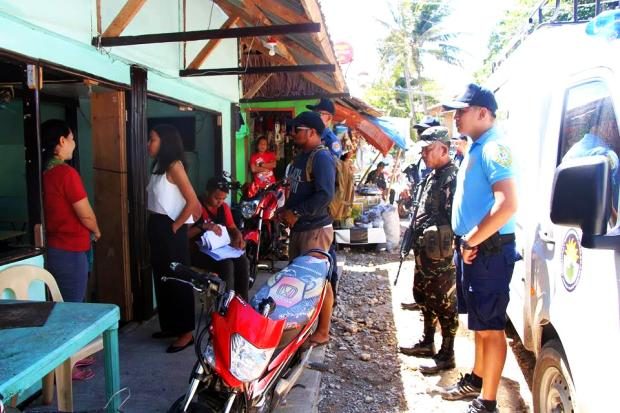 BORACAY ISLAND, AKLAN—The Philippine National Police is justifying heightened security measures during the closure and rehabilitation of Boracay Island saying it only seeks to prevent violence that could stem from the shutdown of the island.

Chief Supt. Cesar Hawthorne Binag, Western Visayas police director, said there is no terror threat on the island but he said the closure of the island could result in “uncertainty, confusion, low morale” among residents and workers who might be “agitated” by Leftist groups.

Several residents have earlier raised concerns over the deployment of additional police personnel on the island, including police units trained against civil disturbance like protest rallies.

Binag, who presented the security plan in a meeting of government agencies with Boracay residents and business operators here, said the deployment of police and military personnel for the closure reached 630 compared to 472 before President Duterte ordered the closure.

He said they would also tap the more than 2,000 security guards employed by business establishments to assist in implementing the security plan.

Possible entry and exit points in 16 areas would also be secured to prevent the entry of unauthorized persons, according to Binag.

Only residents, workers and government personnel will be allowed on the island starting April 26. Visitors will only be allowed in emergency cases and if with special permission.

Residents will be required to present government-issued identification cards in order to leave the island.

A review and simulation of the security plan will be conducted before April 26 to test the measures.

Journalists covering Boracay, however, questioned guidelines for media coverage during the shutdown period.

Journalists will also be escorted, and their movements monitored, according to the guidelines presented by the DILG.

Reporters questioned the restrictions saying these would result in prior restraint and would affect news gathering and reporting activities especially of the island is off-limits after 5 p.m.

In a press conference at the Savoy Hotel where the stakeholders meeting with the agencies was also held, DOT Assistant Secretary Frederick Alegre said they would consider the feedback from journalists.

He said the coverage guidelines are general and could still be changed.