US airstrikes in Syria: Duterte ‘confident’ Putin will do the ‘right thing’ 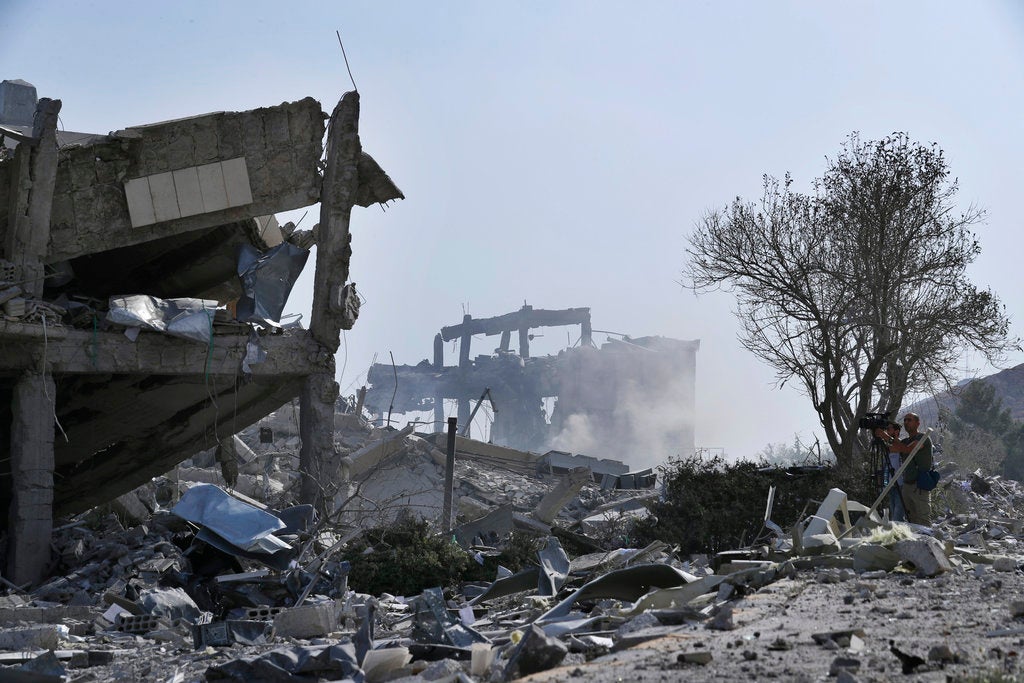 Smoke rises from the damage of the Syrian Scientific Research Center which was attacked by U.S., British and French military strikes to punish President Bashar Assad for suspected chemical attack against civilians, in Barzeh, near Damascus, Syria, Saturday, April 14, 2018. The Pentagon says none of the missiles filed by the U.S. and its allies was deflected by Syrian air defenses, rebutting claims by the Russian and Syrian governments. Lt. Gen. Kenneth McKenzie, the director of the Joint Staff at the Pentagon, also says there also is no indication that Russian air defense systems were employed early Saturday in Syria. (AP Photo/Hassan Ammar)

President Rodrigo Duterte is “confident” that Russian President Vladimir Putin will do the “right thing” in dealing with the United States airstrikes in Syria.

Presidential Spokesperson Harry Roque announced this on Tuesday after the meeting of Duterte and Russian Ambassador to the Philippines Igor Khovaev.

“President Duterte articulated that he is confident that President Putin will do the right thing in the present situation in Syria,” Roque said in a press briefing in Boracay.

The US on Saturday launched a series of airstrikes in Syria in retaliation of the country’s alleged use of chemical weapons.

Russia and China, known allies of President Duterte, had earlier condemned the US airstrikes in Syria.