Yes to FB fact-checkers, no to Rappler – Palace 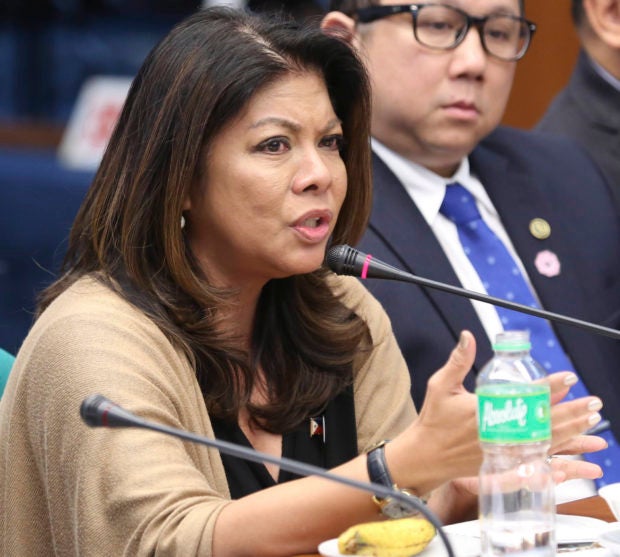 Yes to fact-checking. No to Rappler and Vera Files for the task.

Malacañang is backing the move by Facebook (FB) to hire fact-checkers to spot fake news that have been circulating on the social media platform, but it’s questioning its decision to tap the news sites Rappler and Vera Files for the task.

Presidential spokesperson Harry Roque said hiring parties to check the veracity of what was shared online was the way to deal with the problem, not legislation.

But there should be an impartial arbiter of the truth, Roque said.

He said he felt for those objecting to the designation of Rappler and Vera Files as the ones to police the truth, noting that the news sites have been accused of partisanship.

“Of course, this is the problem with the truth that can be subjective, depending on your political perspective,” he said in a press briefing.

“[T]hat is why I commiserate with those who object to the selection of Rappler and Vera Files, because they know, we know, where they stand in the political spectrum.”

President Duterte earlier banned Rappler from covering his events, citing the Securities and Exchange Commission’s revocation of its license for having foreign ownership and its supposed twisting of news stories.

Roque said the ban was also due to Mr. Duterte being annoyed with Rappler’s Palace reporter.

In separate statements, Rappler and Vera Files said they were fact-checkers accredited by the International Fact-Checking Network (IFCN), which Vera Files described as “a global alliance of fact-checkers committed to advancing accountability journalism.”

Vera Files president Ellen T. Tordesillas said two of the requirements for an IFCN accreditation were nonpartisanship and fairness.

Rappler called on other Filipino news groups to join the global fact-checking initiative. “Regardless of your political beliefs, we urge all Filipinos to protect the facts.”

“Unlike Malacañang Palace, which seems to embrace its role in propaganda, journalists aim to keep personal views separate from the facts. When we make mistakes, we disclose and own up to those mistakes, as required by the fact-checkers’ code of ethics,” it said.

She told reporters that it was only proper for Facebook to be “proactive” in cleaning its content since it has become a source of fake news.

Facebook has been criticized for not doing enough to stem the spread of fake news to some 2 billion users on its platform, with a Facebook official even admitting that social media could pose a threat to democracy.

A study by Massachusetts Institute of Technology found that false information spreads faster than the truth and reaches more people.

Facebook is also under fire after it admitted that the personal data of 87 million users, including some 1.2 million Filipinos, had been shared with the British political consulting firm Cambridge Analytica.

Supporters of President Trump used the data from Cambridge Analytica to target US voters and help him get elected in 2016.

Supporters of Great Britain leaving the European Union also used the data provided by the consulting firm in the Brexit referendum.

Those who have a problem with the fact-checkers should make their concerns and their wish for an impartial arbiter known to Facebook, Roque said.

The Presidential Communications Operations Office (PCOO) is one of those planning to challenge Facebook’s decision to tap Rappler and Vera Files as fact-checkers.

“We would also like to register our protest at the choice of fact-checkers by Facebook and this will be on the agenda when we finally get to sit with them soon,” Undersecretary for New Media Lorraine Badoy said.

Badoy said there were efforts to set up a meeting between the PCOO and Facebook to discuss possible agreements that would help them reach their “shared goal of responsible and intelligent use of social media.”

Badoy also made it clear that the PCOO was backing efforts to rid the social networking platform of fake news, which had contributed to a toxic online environment. —With reports from Nikko Dizon and Christine O. Avendaño