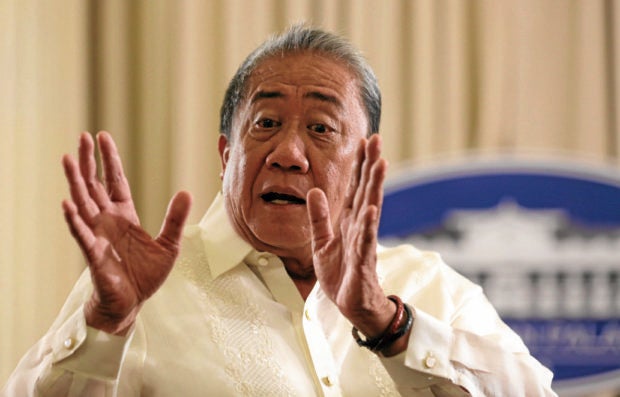 Why should the riding public be charged for the woes that afflict the Metro Rail Transit 3 (MRT 3)?

Commuter and militant groups assailed on Monday Transportation Secretary Arthur Tugade’s plan to file cases against commuters who would force themselves onto MRT 3 trains and cause unloading incidents, as they pointed out that it is the lack of working trains which make the public “desperate” to catch a ride.

“Commuters have become desperate over time because of the failure of government to provide adequate, efficient and affordable mass transport. It is that desperation and frustration which makes commuters force their way onto trains,” Bayan secretary general Renato Reyes said.

In a speech before business groups in Pampanga last Friday, Tugade said he instructed the MRT 3 management to already “file cases and collect damages” from those who would lean on or force open train doors.

“It’s not about parts, it’s about this passenger. My instruction [is to] identify this person,” Tugade said. “Many are being inconvenienced because of the lack of discipline.”

After it conducted a five-day extensive maintenance check on the trains, the MRT 3 recorded no unloading incident since April 2. But on Friday, that record was shattered when the doors of southbound train malfunctioned and forced the offloading of a thousand passengers at Santolan-Annapolis station.

The Department of Transportation (DOTr) said that with Tugade’s directive, erring passengers may now be charged with such cases as damage to property or malicious mischief.

It clarified, however, that “necessary actions” will only be taken if it has been found that a passenger “intentionally” caused the train doors to fail.

Reyes stressed that what the DOTr is doing is a “strange form of victim-blaming.”

“Why blame passengers in the first place? No commuter will deliberately sabotage the train he himself will be riding. It goes against the commuter’s interest to disrupt his own means of transportation. We should be looking at the bigger picture on why it has come to this, not castigating commuters who are the real victims here,” he said.

For its part, the National Center for Commuters Safety and Protection (NCCSP) said that it could not be helped that passengers would really scramble to get onto the trains, since right now there’s a limited number of working trains. While the MRT 3 now has an average of 15 working trains, it is still five trains short of the ideal 20 that should be in operation.

Maricor Akol, NCCSP’s head, noted that instead of filing cases against commuters, imposing fines may be a better way to help instill discipline on errant train riders.

“They would think twice not to follow rules since it would be a burden for them to pay fines,” she said.