The first of the three brand new P435-million helicopter of the Philippine National Police (PNP) is ready for deployment.

Dela Rosa said the acquisition of the rotary aircraft would “greatly enhance the operational flexibility and providing air support to ground troops.”

“We will officially commission today a brand new air asset to bolster the operational capability of the PNP in addressing criminality, terrorism, and other police emergencies that require air ground operations,” Dela Rosa said in a press briefing.

“We are thankful to the national leadership for its genuine concern for the police force by providing for our operational requirements,” he added. 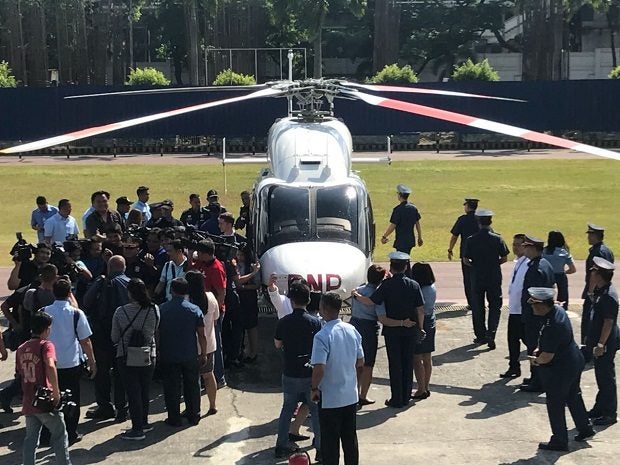 Dela Rosa said the unit was delivered on Thursday, April 12, three months ahead of schedule.

The new aircraft was then used by Dela Rosa to fly to the Philippine Military Academy grounds in Baguio City, where a testimonial parade for him will be held Monday afternoon for his retirement.

He said the police helicopter was designed to “perform a variety of support missions,” and would further boost the police’s capacity to conduct air ground operations.

“With better equipment, sufficient funds and upgraded wages for personnel, there is no reason to fail our mission to serve and protect our people,” he said.

The next unit is expected to be delivered in 2019. /cbb