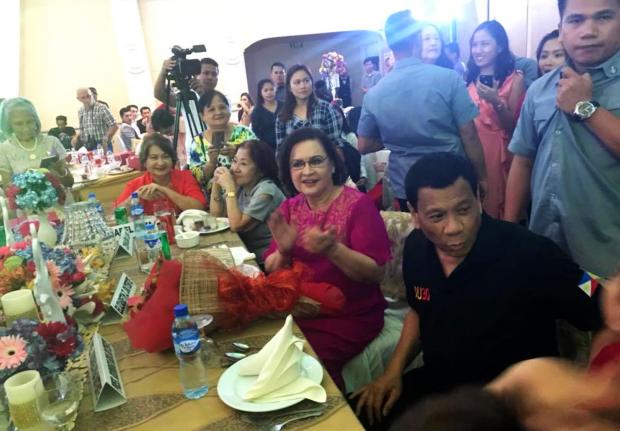 DAVAO CITY —  If he could relive his life, President Rodrigo Duterte says he would still want to be husband to his ex-wife Elizabeth Zimmerman, who celebrated her 70th birthday on Saturday.

“Given another chance, another life, I would still marry Elizabeth. Because that is love,” Duterte said in a statement during his tribute for Zimmerman.

The President gave her a bouquet of red roses.

The President arrived at the venue of her celebration after a meeting with Pahima Alagasi, the Filipino domestic helper who was scalded by her Saudi Arabian employer’s mother in 2014.

A photo shared on social media by City Information Officer Jefry Tupas shows a smiling Zimmerman in a red dress seated beside the President.

The President and Zimmerman also later posed for a photo with their children, Mayor Sara Duterte-Carpio, former Vice Mayor Paolo, and Sebastian; and their grandchildren as they flashed the signature Duterte fist.

Sara was with husband Manases Carpio, Paolo was with wife January, and Sebastian was with girlfriend Kate Necessario.

Paolo was among the early well-wishers for Zimmerman.

“To my beloved mother, thank you for your never ending advises and care for me and my children,” Paolo wrote on his Facebook account. “Thank you also for listening to our rants, especially on our various problems and for giving us words on how to solve them. Ma Happy Birthday!!! I wish you good health and more more more more more birthdays to come.. I love you Ma.”

Zimmerman, a cancer survivor, legally separated with Duterte in 2000 but the two had remained friends.

During the Presidential campaign, she even actively sought support for her erstwhile husband. /atm 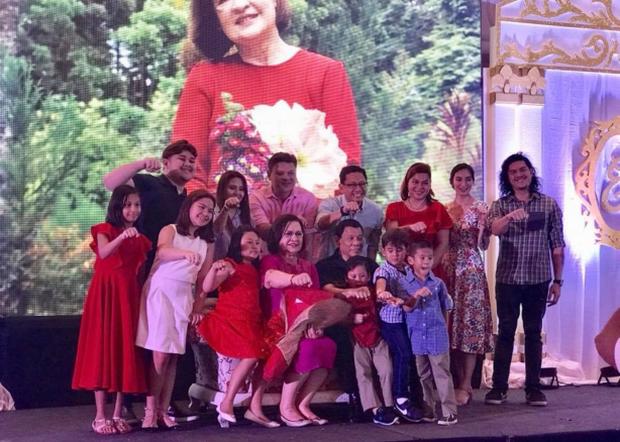