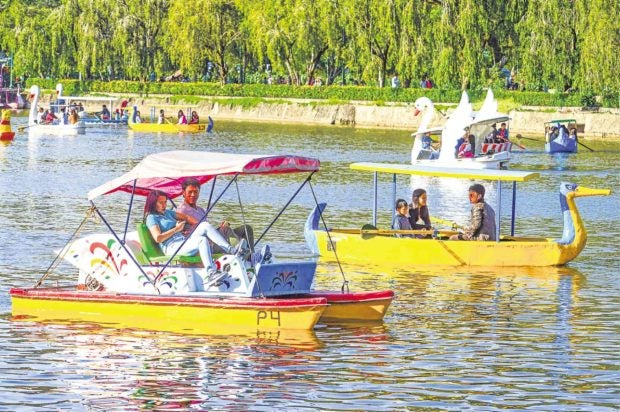 BAGUIO CITY—Residents have asked President Duterte to declare the century-old Burnham Park a “no-build zone,” to preserve the city’s biggest open space and tourist drawer and to protect it from commercialization.

The plea was made on Wednesday during a public consultation on the plan to build a parking building at the 328,390-square-meter park.

Architect Robert Romero said parking was among the proposals for the city park’s improvement, which his team documented through surveys before the University of the Cordilleras (UC) drew up an updated master plan for the park in 2009.

The park was designed by renowned Chicago architect Daniel Burnham at the start of the 20th century. Baguio, established in 1909, was built by the American colonial government as a hill station.

The master plan was initiated by UC to preserve the park, Romero said, adding that some of its recommendations had been implemented.

But some residents were angered by new proposals to put up commercial buildings with provisions for parking at the park where the old library used to stand.

The proposals run counter to Baguio’s comprehensive land use plan, according to Joseph Edison Claridades, a consultant tapped to help draft a city ordinance on the “use of smart roads and traffic.”

“We ask that Burnham Park be declared a no-build zone until such time when a proper committee, composed of architects, urban planners, historians, private citizens and other major stakeholders, is formed,” he said.

“This committee will be given the task to create the master development plan for Burnham Park that will serve as guide for any modification, maintenance and development of the park,” he said.

Romero said his team had found a fault line, passing through the old library site, that would make huge buildings there unsafe. He said they have proposed a low-density structure but at the corner of the parking lot.

Claridades also urged Mr. Duterte “to place on notice the local government for its failure [to comply with] the Baguio comprehensive land use plan and the comprehensive zoning ordinance.”

Congestion
He said the land use plan discourages “high density developments through high rise buildings as these would further aggravate the congestion in the city.”

Under the plan, Burnham Park and its botanical garden “should promote an atmosphere of quietness, allow visitors to commune with nature and have less commercialism.”—VINCENT CABREZA WITH A REPORT FROM KIMBERLIE QUITASOL