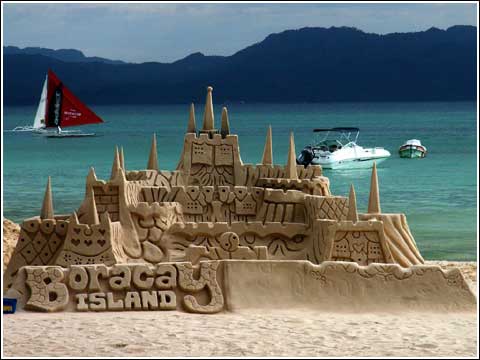 ILOILO CITY — Workers are feeling the pain even before Boracay Island is closed down for six months starting on April 26.

Business establishments have started laying off workers less than three weeks before the shutdown of the resort island to all tourism activities.

The layoffs come as several residents and business operators wonder whether martial law will be declared on Boracay Island.

Proposed guidelines governing the closure include banning all tourists while allowing only residents and workers with official identification cards to stay on the island.

Swimming in the sea will not be allowed during the closure, according to the draft guidelines to be implemented by the Department of the Interior and Local Government (DILG) and law enforcement agencies.

Visitors, including journalists, will be allowed entry only if they have approval from authorities for a definite duration, according to Assistant Secretary Epimaco Densing III of the DILG.

Foreign residents are to be “revalidated” by the Bureau of Immigration and a one-entry, one-exit point in going to and leaving the island will be enforced.

Densing said the guidelines would be finalized this week.

The shutdown is aimed at rehabilitating the 1,032-hectare island, which suffers from a host of problems, including woefully inadequate sewage facilities that prompted President Rodrigo Duterte in February to call Boracay a “cesspool.”

A hotel chain has laid off 280 workers, mostly newly hired, in anticipation of zero bookings, especially by foreign tourists, during the closure.

“We will decide later on our remaining employees,” said an official of the hotel, who asked not to be identified for lack of authority to issue a statement.

The island’s closure will affect at least 73,522 residents, including 17,328 registered workers and 9,365 unregistered ones.

Business groups expect more establishments to trim down the number of workers to cut down on overhead costs.

A small family-operated inn at Sitio Angol, Barangay Manoc-Manoc, will be sending home all its five employees to their hometowns in Aklan.

“We cannot pay their salaries, but we will continue remitting contributions for the Social Security System, (Philippine Health Insurance Corp.) and Pag-Ibig Fund,” said the hotel manager.

He said the inn still had to continue paying for electricity and water services even without guests.

A delicatessen will have to let go of three casual workers because of the closure, according to its owner. The owner still needs to discuss plans for the remaining staff.

Some business operators will absorb their hotel or resort staff in their other businesses so they can continue working.

Others said they would continue to support their workers despite the closure.

“We have decided to keep them even if we are closed because they have been with us for many years and they have helped us build and develop our resort,” said Ruth Tirol-Jarantilla, owner of Sea Wind Boracay resort.

Agencies under the Regional Disaster Risk Reduction and Management Council in Western Visayas will still finalize their contingency plans and measures this week.

Johnson Cañete, Western Visayas director of the Department of Labor and Employment, earlier said the agency was preparing to assist 17,735 registered workers to be dislocated during the shutdown.

The proposed compensation package includes a P50 insurance and a compensation equivalent to the regional minimum wage of P323.50 per day, from 30 to 90 days.

But the island workers were earning more than that amount. For instance, a souvenir vendor and masseuse can earn from P700 to P900 per day during the peak months.

The President is expected to declare a state of calamity on Boracay Island to allow the release of P2 billion in public funds, which could be used to help displaced workers.

Business groups have lamented the lack of clear plans and guidelines on how the government will handle the dislocation of thousands of workers and the losses of business operators, especially those with bank loans and high overhead costs.

The shutdown will result in P20 billion in forgone revenue, according to the government.

Densing said the ban on swimming was to allow the environment to “heal” as part of efforts to rehabilitate the ecosystem of the island.

Policemen at Barangay Caticlan’s jetty port on the mainland of Malay town will be tasked with inspecting those going to the island to ensure that there will be no tourists, according to Chief Insp. Joem Malong, spokesperson for the Philippine National Police in Western Visayas.

Residents, including business operators, have decried the guidelines as unnecessary and violative of their rights.

“What’s happening now is beyond improving infrastructure, correcting violations, road widening and [enforcing the] beach setback. Its direction is toward semi-martial law and people are now not only worried but also scared and terrified,” one said.

“There is no legal basis to restrict people from going to the beach or entering the island. These are potentially violations of our liberty to abode,” he said.

Several have also raised concerns over the deployment of military and police forces.

On Saturday, the PNP in Western Visayas sent 139 more policemen to the island. They are trained in civil disturbance management, according to Malong.

The enforcement guidelines will still be finalized, said the PNP spokesperson in Western Visayas.