Zamboanga, Marawi siege trigger AFP to put all elite units under one command 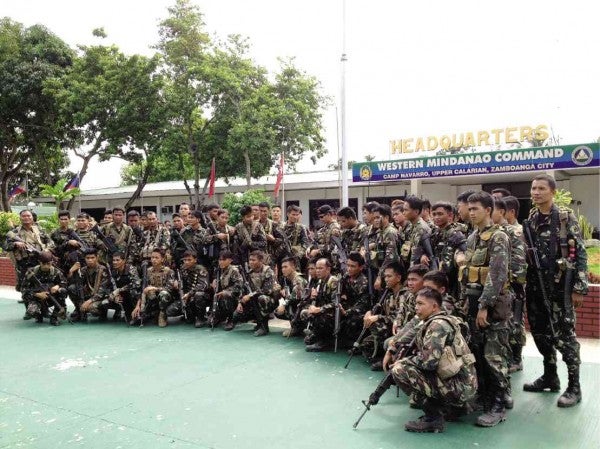 A series of setbacks in recent years has prompted the military to put all of its special operations forces (SOFs) under one unit.

The Armed Forces of the Philippines Special Operations Command (AFPSOCOM) was activated last Friday, which brings control of special operations units from all major services under one command, the military announced on Sunday.

The command will be based in Fort Magsaysay, Nueva Ecija. Maj. Gen. Ronnie Evangelista, the commander of the deactivated Socom of the Army, will head the AFPSOCOM.

AFP chief Gen. Rey Leonardo Guerrero said “the activation of AFPSOCOM was the result of lessons learned from the Zamboanga City attack in 2013 and the Marawi siege in 2017”.

“I have personally seen the need for a joint Socom, having been a brigade, division, and area commander. In the Eastern Mindanao Command, I saw the need for a single unit that would oversee the proper employment of the different major service special operations forces deployed in the area,” Guerrero was quoted as saying at the activation ceremony.

The AFP’s elite units have played key roles during the Zamboanga and Marawi siege, the Philippines’ biggest security crisis in recent years.

The former Socom unit under the Army was composed of the Special Forces Regiment (Airborne), First Scout Ranger Regiment, and Light Reaction Regiment.

“Its officers, together with other personnel from Special Operations Units from other Major Services, will compose the core of the AFPSOCOM,” the AFP said.

“I expect that all of the gaps and challenges we encountered in joint operations involving our SOFs will be addressed with our activation of the AFPSOCOM. This organizational improvement will ensure that the AFP remains responsive and adaptive to current and emerging challenges in the global security environment,” Guerrero said.

Evangelista, meanwhile, said they were “thankful” that their “dream of being under one umbrella has been realized.”

“This has been our dream because we know the intricacies and peculiarities of special operations,” he said.