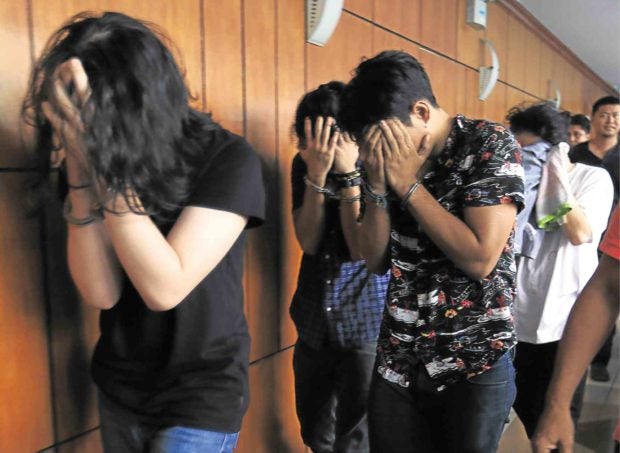 The Parañaque City Regional Trial Court (RTC) has sentenced to life imprisonment two of the five suspects accused of selling party drugs to five people who died of drug overdose during the CloseUp Forever Summer concert in a mall in Pasay City two years ago.

In a 37-page decision dated March 9 but announced on Friday, Judge Danilo Suarez of Parañaque RTC Branch 259 found accused Marc David Deen and Seergeoh Villanueva “guilty beyond reasonable doubt” for violating Section 5 of Republic Act No. 9165 or the trade, administration, delivery and transportation of illegal drugs after they sold 10 capsules with at least five grams of ketamine and methamphetamine hydrochloride to a National Bureau of Investigation  agent in a condominium in Parañaque on May 31, 2016.

Deen and Villanueva were also ordered by the court to pay P5 million each.

The two suspects were believed to be the source of the party drugs which killed five people during the CloseUp Forever Summer concert held on May 21, 2016.

In an earlier report, the NBI officials said one of the victims tested positive for  MDMA (methylene homolog and methylenedioxy cathinone), a type of ecstasy combined with other chemicals unfit for human consumption.

Valbuena, Halili and Dimacali were sentenced to at least 20 years imprisonment and ordered to pay a fine of P500,000 each as a “single penalty” for multiple counts of violations of Section 11 of RA 9165 or possession of illegal drugs.

The court also found the five accused guilty of violation of Section 12 or illegal possession of drug paraphernalia, sentencing them to at least six months imprisonment and a fine of P20,000.

The court, however, dismissed the accused for violation of Section 8 or manufacture of dangerous drugs and/or controlled precursors and essential chemicals for “insufficiency of evidence.”

The four male accused were committed to the New Bilibid Prison in Muntinlupa City while Valbuena was ordered transferred to the women’s correctional facility in Mandaluyong City.—WITH A REPORT FROM JHOANNA BALLARAN