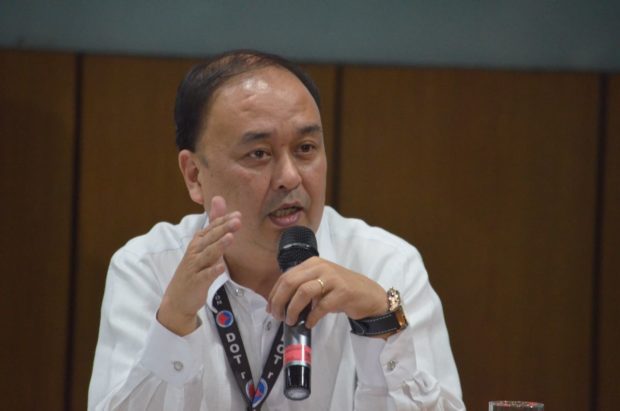 Fixing the dismal state of the Metro Rail Transit 3 (MRT 3) may have already taken a toll on its officials as a top executive reportedly “assaulted” his colleague on Friday while they were in a meeting with foreign aid agencies working to help the government fix the country’s main train line.

In a text message, MRT 3 director for operations Mike Capati complained to Transportation Secretary Arthur Tugade that he was allegedly “physically assaulted” by MRT 3 general manager Rodolfo Garcia in front of representatives of the Australian Agency for International Development (AusAID) and the Asian Development Bank (ADB).

It was unclear, however, from the text message shared to the media by former undersecretary for rails Cesar Chavez what exactly transpired and what prompted Garcia to hit Capati.

Sought for clarification on the incident, the Department of Transportation (DOTr) downplayed the incident as it pointed out that it was “normal in any organization for there to be, at times, heated management situations, especially with individuals who are passionate about delivering on that organization’s mandate.”

“We would like to therefore appeal to our friends in the media to understand that this is not an overly extraordinary organizational matter, and that the DOTr and MRT 3 will handle this in a professional manner,” the DOTr said in a statement.

On Friday, a joint advisory panel meeting with AusAID and ADB representatives was called to discuss plans and strategies that can be implemented to help improve the MRT 3. When asked what part of the discussions prompted Garcia to reportedly “assault” Capati, DOTr officials declined to elaborate.

DOTr director for communications Goddes Hope Libiran, however, noted that Tugade already instructed his chief of staff, Artemio Tuazon Jr., to get to the bottom of the incident.

“[He] is already making a report and he will send it to the secretary once completed. Again, we assure you that we will manage this in a highly professional matter, but internally,” Libiran said.

This is not the first time that Garcia has found himself in the news because of his temper. In January, he got into a shouting match with House Speaker Pantaleon Alvarez who questioned his ability to oversee the MRT 3.

Garcia, a retired general, offered his resignation and almost walked out of the committee hearing. When the situation cooled down, Garcia apologized to Alvarez.