Solano pleads not guilty to perjury, obstruction of justice 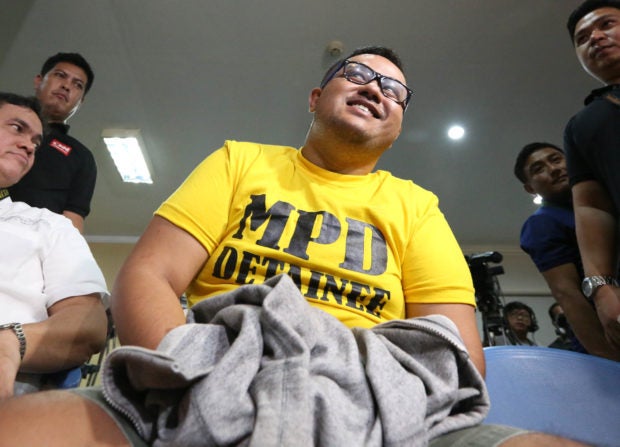 The Aegis Juris fraternity member who brought University of Santo Tomas (UST) law freshman Horacio “Atio” Castillo III to a hospital, following the initiation rites,  has pleaded not guilty to charges of perjury and obstruction of justice.

According to a case update by the Department of Justice (DOJ) on Friday, John Paul Solano was arraigned at the Manila Metropolitan Trial Court (MeTC) Branch 14 on March 21.

It was Solano who initially claimed that he found Castillo’s body in Tondo. Local officials, however, disputed his claim, explaining that no body was found in their area.

Solano was later tagged by police as a “principal suspect” after probers found inconsistencies in his statements.

Further questioning by authorities later revealed Solano’s membership with the fraternity and led to to the filing of perjury charges against him.

Solano later admitted before the Senate that Arvin Balag, the leader of the fraternity, was the one who told him to lie to authorities.

According to the DOJ, Solano’s next hearing will be on April 12. The court has also scheduled continuous trial hearing dates that would run until September, it added.

READ: Judge in UST hazing death inhibits self from case

The cases were re-raffled after Manila RTC Branch 40 Judge Alfredo Ampuan Jr. recused himself from hearing them.

In a resolution dated March 23, Ampuan granted the motion filed by fraternity members John Robin Ramos, Juan Miguel Salamat and Danielle Hans Matthew Rodrigo to dispel doubts that he “[has] tilted the scales of justice against them.”         /muf