Roque on Aguirre: ‘He is still the secretary of justice’ | Inquirer News

Roque on Aguirre: ‘He is still the secretary of justice’ 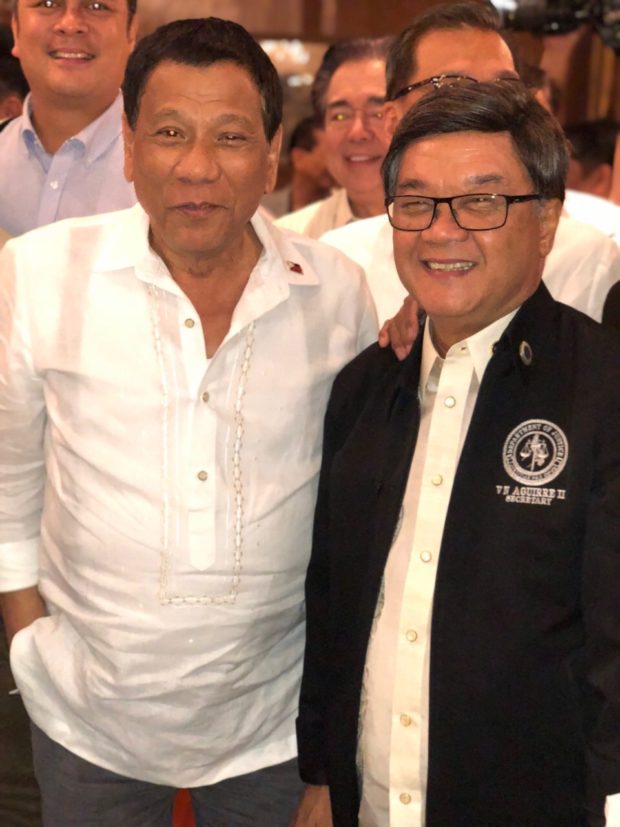 There was no indication that Justice Secretary Vitaliano Aguirre was on his way out following rumors that President Rodrigo Duterte have fired him, Malacañang said on Thursday.

“He is still the secretary of justice,” Presidential Spokesperson Harry Roque said in a Palace briefing.

Malacañang earlier said it was displeased with the dismissal of the drug charges filed against self-confessed drug dealer Rolando “Kerwin” Espinosa Jr., alleged drug lord Peter Lim and several others.

While rumors of his sacking flew, Aguirre was present during the 24th Cabinet meeting in Malacañang on Wednesday.

“He was there as always. He seemed normal. There was no indication that he was on his way out,” Roque said.

The status of Aguirre as justice secretary was not discussed during the meeting, Roque said.

President Duterte hinted of a possible Cabinet revamp, citing was no longer happy with the performance of some of his officials,