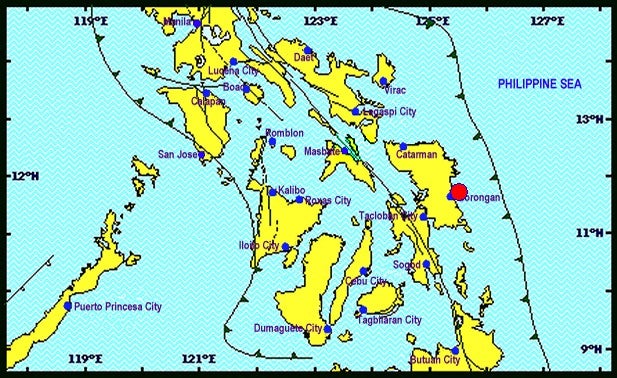 A Phivolcs report showed that at 11:52 p.m. Monday, the quake hit east of the City of Borongan, where the tremor was felt at intensity 4.

Intensity 4 was also recorded in the town of Llorente.

Phivolcs said no damage and aftershocks were expected from the earthquake.

The quake, which had a depth of 21 kilometers, was tectonic in origin, the institute said. /cbb