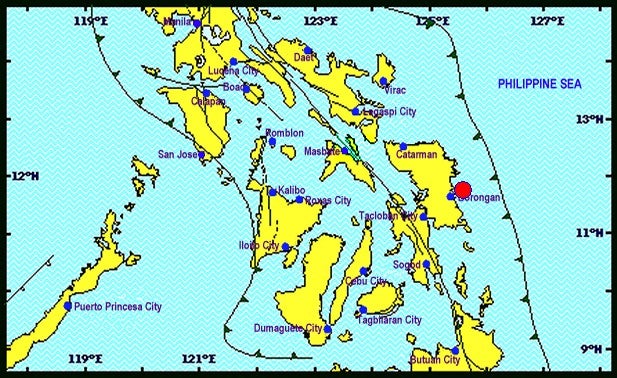 A Phivolcs report showed that at 1:21 a.m., the quake hit east of Borongan City, which experienced an Intensity 5 tremor.

The towns of Llorente, Maydolong, Salcedo, San Julian, and Sulat, as well as the city of Catbalogan, felt the quake at Intensity 3.

The earthquake was also felt in Palo, Leyte at Intensity 2, according to Phivolcs.

Phivolcs, however, noted that no damage or aftershocks could be expected from the earthquake, which had a depth of 20 kilometers and was of tectonic origin. /kga