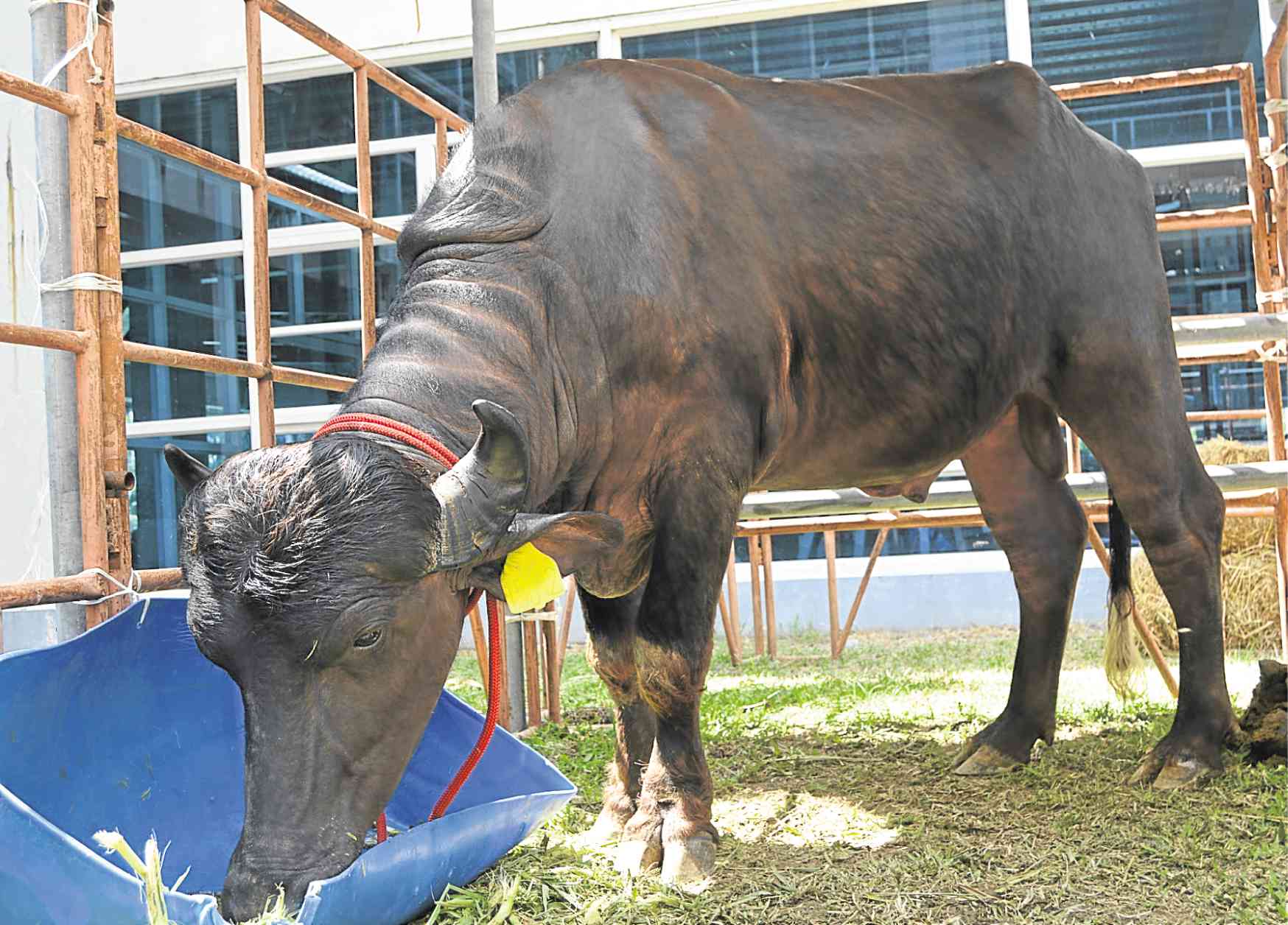 The Philippine Dairy Carabao is a product of crossbreeding native and Murrah water buffaloes. —ANSELMO ROQUE

SCIENCE CITY OF MUÑOZ — Scientists at the Philippine Carabao Center (PCC) here have developed a “three-in-one” carabao that is adaptable to hot and humid weather, resilient to climate change and profitable for farmers.

The first four of this breed, called Philippine Dairy Carabao, were introduced here on Tuesday when the PCC celebrated its 25th anniversary.

Arnel del Barrio, PCC executive director, gave the carabaos the “three-in-one” tag because these are sturdier work animals, better milk providers and meatier sources of food than the native carabaos.

The new breed has peak yields of 15 liters of milk a day for 10 months. The native carabao’s average dairy milk yield is 1.5 to 2 liters a day.

“The new breed is also bigger and heavier than the native carabao,” Del Barrio said.

The swamp-thriving water buffaloes were introduced in the country centuries ago and had served as draft animals.

The other buffaloes now thriving in rivers are called Murrah carabaos, which provide high milk yield and have good growth rate.

The carabao had been regarded as “a farmer’s docile and tractable ally in the farm, in the hills, in the valleys and in paved pathways,” the PCC said.

But while it had been recognized as the country’s “national animal,” the homegrown breed had deteriorated and its usefulness in the farms had been threatened by farm mechanization.

The Carabao Act of 1992 (Republic Act No. 7307), which created the PCC, encouraged research and development efforts to improve the animal’s population.

During the anniversary program, Sen. Cynthia Villar, chair of the Senate committee on agriculture and food, promised to push for the enactment of a livestock, poultry and dairy law that will provide more funds for “the development of these three sources of food.” —Anselmo Roque