But Mr. Duterte is still unwilling to make peace with the communist rebels.

Speaking in Patikul, Sulu province, Mr. Duterte said on Monday his administration was determined to fight to the end the New People’s Army (NPA), the CPP armed wing.

“[We will] deal with this NPA. I’ll finish them,” Mr. Duterte said.

In an online interview from his base in Utrecht, The Netherlands, Sison said he welcomed the move of 61 members of the House of Representatives to bring government and rebel representatives back to the negotiating table.

But even Defense Secretary Delfin Lorenzana is unenthusiastic about the resumption of the peace negotiations, although he won’t stand in the way if the President wants to reopen the talks.

Speaking in a news conference at Naval Base Heracleo Alano in Sangley Point, Cavite province, Lorenzana said on Monday the communist rebels had never been sincere in talks with the government.

“I have not been seeing their sincerity. We have been watching them and watching them since I was a lieutenant but I have retired and I haven’t seen any sincerity in them,” he said.

For Lorenzana, sincerity in peace talks means “having a bilateral ceasefire and a mechanism that would ensure both sides are abiding by it.”

Crossing party lines, the 61 lawmakers last week signed a resolution urging President Duterte to “listen to the clamor of the people” for a resumption of peace talks between the government and the National Democratic Front of the Philippines (NDFP), the political arm of the CPP.

Sison thanked the lawmakers and when asked about the chances of reviving the negotiations, he said: “As far as I’m concerned, the peace negotiations can start as soon as Duterte agrees.”

Mr. Duterte terminated the negotiations last November because guerrillas from the NPA attacked government forces despite the talks.

Last December, Mr. Duterte declared the CPP and the NPA terrorist organizations. The Department of Justice followed up with a petition to a Manila court to legally declare the two groups terrorists.

On Feb. 20, however, following a meeting with a special envoy from Norway, which is brokering the negotiations, Mr. Duterte said he might allow the talks to resume after consultations with the military.

Lorenzana, however, said the rebels could be interested in the resumption of peace negotiations just to “salvage” themselves, that is, halt their being declared terrorists and stop their fighters from surrendering in droves every day.

“These people, the CPP-NPA, are insisting on fighting and talking [at the same time], but I don’t believe in that. If we talk, we should stop fighting first,” he said.

Sison said the resumption of peace talks “will mean the reaffirmation of all previous agreements and removal of obstacles that contradict these agreements.”

Once talks are under way, he said, there can be a package of new agreements, including amnesty for political prisoners, ceasefire, agrarian reform and national industrialization. 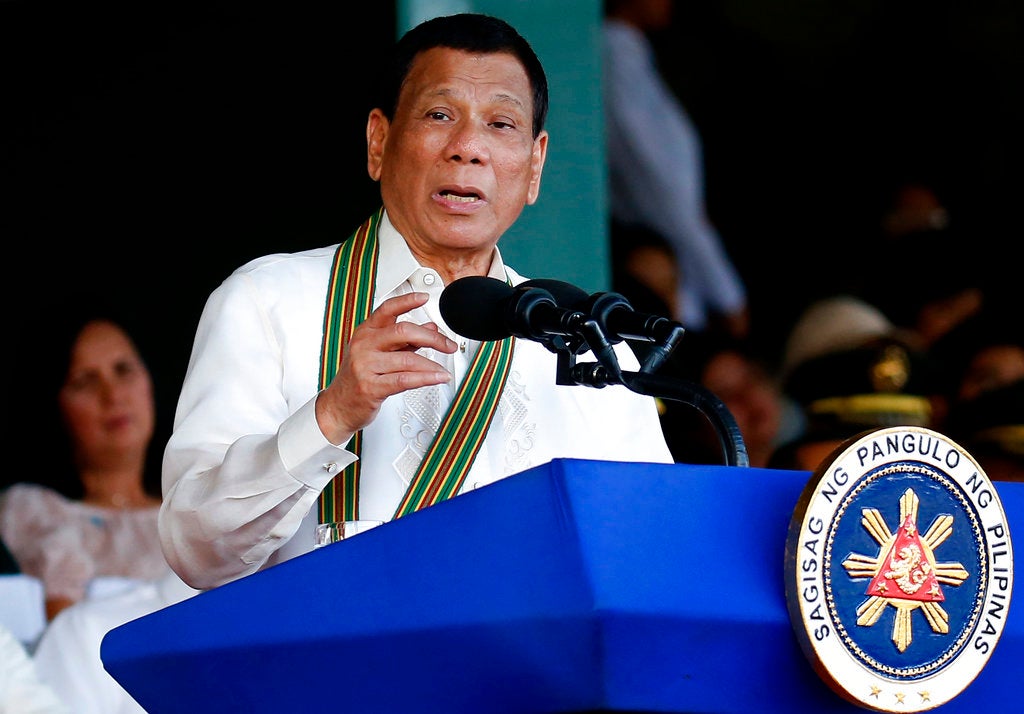 He said a ceasefire agreement was drafted last year and it could meet Mr. Duterte’s condition that hostilities stop before he would allow the talks to resume.

The draft agreement was up for conclusion last November when the government walked out on the talks.

Senate President Aquilino Pimentel III said on Monday that he favored a return to peace negotiations.

“We can always withdraw [the petition to declare the CPP and NPA terrorist organizations] … I’m sure there is a pleading [that] can be filed to withdraw it,” Pimentel told reporters.

He said he and Sen. Loren Legarda would discuss a Senate resolution calling for the resumption of the negotiations. —With reports from Allan Nawal and Christine O. Avendaño