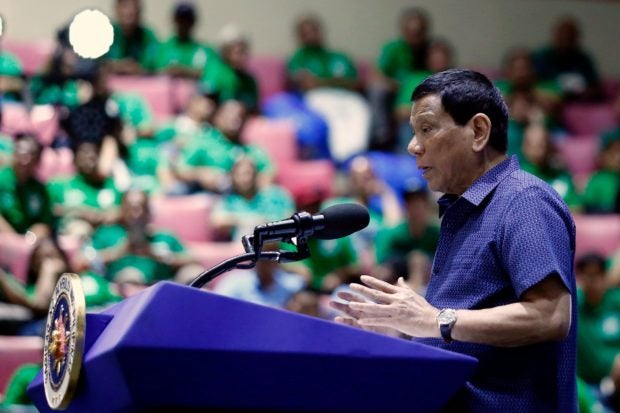 After President Rodrigo Duterte blamed climate change on rich Western countries last week, Malacañang on Saturday embraced the observance of Earth Hour and called on Filipinos to take part in the symbolic event.

“We encourage the entire Filipino nation to take part in this collective human effort to save our planet from the ill effects of global warming,” presidential spokesperson Harry Roque said in a statement, hours ahead of the scheduled switch-off on Saturday night.

“For one hour this evening, from 8:30 p.m. to 9:30 p.m. local time, let us all switch off our lights in our homes or in our workplaces to symbolize our commitment to saving Mother Earth,” Roque said.

“Our country has been identified as among the most vulnerable to the impact of climate change. The President has recognized this and has made the protection of the environment a priority during his State of the Nation Address,” he said.

On Wednesday, Mr. Duterte blamed the United States, Spain, France, Britain and Italy for causing the warming of temperatures worldwide. “They went to the Middle East and siphoned off the oil of the Arabs,” he said in Filipino.

In March 2017, in spite of misgivings, Mr. Duterte signed the Paris Agreement on Climate Change, a pact to reduce greenhouse gas emissions and keep global temperature increases to below 2 degrees Celsius.

Roque said participating in Earth Hour was only “one simple step we make, when taken all together, leads to a big stride for the entire human race.”

Considered the single, largest, symbolic mass participation event in the world, Earth Hour is held every last Saturday of March.

The Philippines first joined the event in 2009. It earned a distinction as an “Earth Hour Hero Country” for registering the highest number of participating towns and cities for consecutive years.

Environment Secretary Roy A. Cimatu, however, said that Filipinos should be environment-friendly even beyond “Earth Hour.”

“We must go beyond merely switching off lights for an hour if we really want to make a greater impact in fighting climate change,” Cimatu said. —WITH A REPORT FROM JAYMEE T. GAMIL