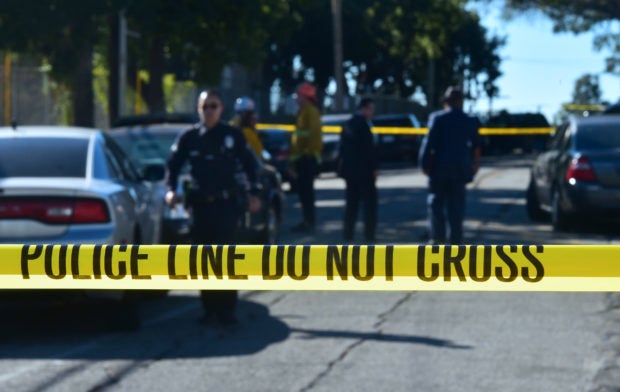 A rural school district in Pennsylvania is arming teachers and students with buckets of rocks as a last resort should an armed intruder burst in, the superintendent said Friday.

Every classroom in the district about 90 miles (145 kilometers) northwest of Philadelphia has a five-gallon bucket of river stones, said Blue Mountain School District Superintendent David Helsel.

“We always strive to find new ways to keep our students safe,” Helsel told The Associated Press in a telephone interview, adding that the rocks are one small part of the district’s overall security plan.

Throwing rocks is more effective than just crawling under desks and waiting, and it gives students and teachers a chance to defend themselves, he said. The district has about 2,700 students at three elementary schools, a middle school and a high school.

Staff and students in the Blue Mountain district have been trained in a program called “ALICE,” which stands for alert, lockdown, inform, counter and evacuate. Helsel said the rocks are part of the “counter” portion of training, fighting back if the intruder makes his way into the classroom.

The buckets are kept in classroom closets.

Kenneth Trump, president of the Cleveland-based National School Safety and Security Services, a K-12 security consulting firm, calls the idea illogical and irrational and said it could possibly cost lives.

One high school senior said he supports the plan, adding that throwing rocks is better than throwing books or pencils.

Parents also have been supportive of the measure, which was implemented in the fall.

“At this point, we have to get creative, we have to protect our kids first and foremost,” parent Dori Bornstein told WNEP-TV. “Throwing rocks, it’s an option.” /jpv