Digital billboard in Makati shut down after showing pornographic video 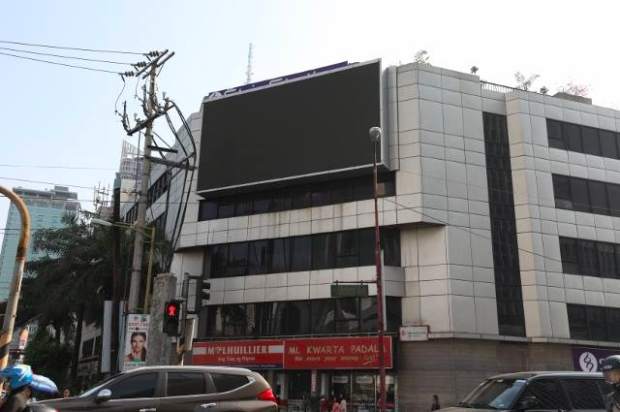 The digital billboard in Makati Avenue that showed a pornographic video yesterday afternoon has been shut down following orders from Makati City Mayor Abigail Binay.

The spectacle was captured by citizen Mulong Sermonia who shared the video on Facebook, garnering countless  surprised reactions from netizens. Sermonia told INQUIRER.net yesterday that he was inside a vehicle with companions when he saw the pornographic video being aired.

The official Facebook page of the city government of Makati announced this morning that Mayor Binay ordered the owner of the digital billboard to cease and desist from operating last night after the said incident.

“Upon being informed of reports of inappropriate images being shown in the billboard located at Sen. Gil Puyat Ave. cor Makati Ave. Mayor Abby Binay immediately ordered the owner of the billboard to cease and desist from operations last night,” the statement said.

It was also mentioned that the operator immediately complied with the order of Mayor Binay and shut down the digital billboard.

“The Mayor also ordered an immediate investigation of the incident to determine the cause and liabilities of those concerned. Pending such investigation, the billboard shall remain closed.” JB