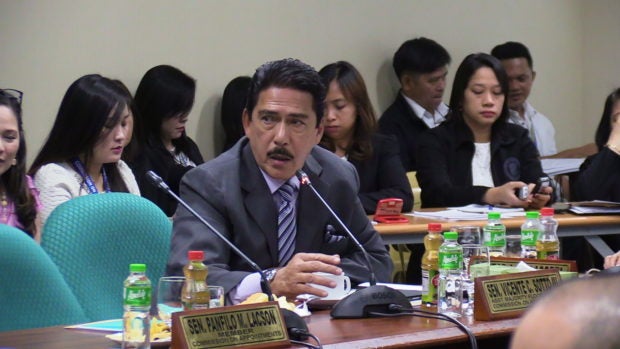 The Senate will prioritize the proposed Bangsamoro Basic Law (BBL) and not the impeachment trial against Chief Justice Maria Lourdes Sereno when the Senate resumes its sessions in May, Senate Majority Leader Vicente “Tito” Sotto III said on Wednesday.

“I really doubt that the impeachment would be our priority when we resume on May 15; perhaps the BBL would be prioritized,” Sotto said during the Kapihan sa Manila Bay forum.

Once the articles of impeachment against Sereno are transmitted to the Senate, the Majority Leader said the upper chamber, acting as an impeachment court, would probably start its trial the first week of August.

“We can only convene. The impeachment trial can only start perhaps on the first week of August,” Sotto said.

On Monday, the House of Representatives’ committee on justice approved the articles of impeachment against Sereno but the plenary has yet to approve it before it can be transmitted to the Senate.